Died Cavalli Sforza, the geneticist who studied the DNA of the population 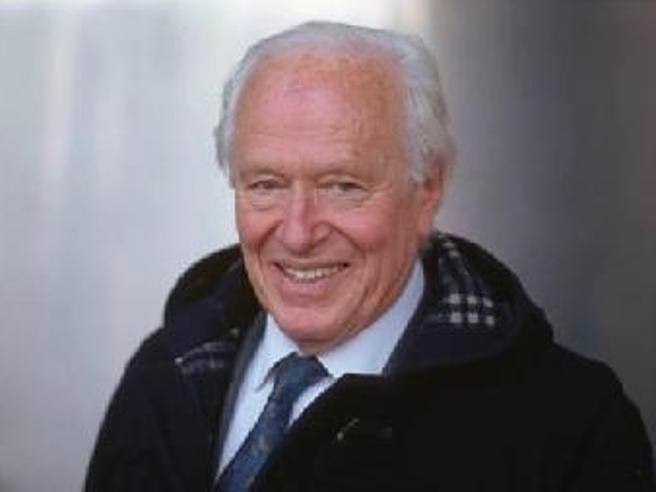 He has shown that the concept of a human race is biologically unfounded and breaks the barrier between scientific and humanistic culture, allowing various disciplines to communicate to build a genetic atlas of world history. Luigi Luca Cavalli Sforza, geneticist and scientist, who died at the age of 96 in Belluno, where he lived. With his studies he laid the foundation for the birth of a new discipline, the genetics of the population. He was born in Genoa in 1922. His scientific career, which began in Great Britain, continued between Italy and California, especially in the universities of Parma, Pavia and Stanford where he taught. In Stanford he received the title of emeritus professor in recent years. After studying in Turin at the school of Giuseppe Levi, as previously done by Rita Levi Montalcini, Salvador Luria and Renato Dulbecco (all three awarded the Nobel Prize in Medicine), Cavalli Sforza started his career at the University of Pavia with the pioneer of Italian genetics, Adriano Buzzati Traverso, brother of the writer Dino. Then the genes were a definable, understandable and measurable unit: thanks to the charm of these studies, Cavalli Sforza Buzzati Traverso followed in Germany and then in the Pallanza Institute for Hydrobiology in Piedmont, where he mainly studied the genetics of the fruit fly. and bacteria. Later, his scientific interest would have focused on humans. Di Buzzati was married to his niece, Alba Maria Ramazzotti.

Colleagues remember Luigi Luca Cavalli Sforza as a researcher animated by great curiosity, which had led him to study both biology and statistics, various disciplines that he managed to reconcile with research on the genetics of populations, from the first studies that in Italy have been carried out to travel in Africa. He has been working at Stanford University for over 20 years since 1970 and returned home in 1994, and he was determined, he said, to fight against the slowness and slowness of Italian research. In Italy he planned to study the origins of populations, which he described as important for understanding the mechanisms of evolution and cultural adaptation, and for migrations. Soon, however, he would have noted that the research was at the level of 30 years ago, with little money and poorly distributed.

The genetic atlas of the world

In any case, Cavalli Sforza has continued to work and comes to confirm that the concept of only cultural race is not demonstrated by a genetic basis. It has also been able to interact – genetics, mathematics, archeology and linguistics – to build a genetic atlas of the world, a genealogical tree of human evolution based on biological data, but also archaeological and linguistic. Cavalli Sforza was a member of the Accademia Nazionale dei Lincei and a member of the Royal Society. One of the many awards he received during his lifetime, the gold medal from the National Research Council (CNR) and the Balzan Prize. Among his publications: Genes, peoples and languages (the most important work); The evolution of culture; The case and the necessity: reasons and limitations of genetic diversity; Racism and noism: the inflexions of us and the exclusion of the other. He wrote the book together with his son Francesco Who we are. The history of human diversity. Cavalli Sforza also engaged in scientific dissemination through publications, meetings, organization of festivals and exhibitions.

From bacteria to people

He was a scholar of great importance at world level, he went through all fields of genetics, starting with the bacteria to the man the memory of Guido Barbujani, professor of genetics at the University of Ferrara, who has worked with Cavalli Sforza several times. Barbujani also studies the genetics of populations. The main intuition of Cavalli Sforza in the 1970s is that our DNA contains a message that comes from previous generations and that helps us to understand aspects of history and prehistory that would otherwise remain unknown. A man of great intellectual genius, but also a great scientific entrepreneur: he has brought initiatives to life on a global level, and his intuitions have turned into major research projects such as the Human Genome Diversity Project (Hgdp), an instrument with which people have switched from reading a some genome to understand the differences between genomes, differences that make us unique and unrepeatable individuals.

The history of the ancestors

What does the genetics of populations consist of? Until the 1970s it was a discipline that aimed to limit the risk of recessive genetic diseases as much as possible, which happens when two parents are healthy carriers and a quarter of children develop the disease. So a very limited area – emphasizes Barbujani -. Cavalli Sforza was the first to clearly understand that there is much more in our cells, the trace of a story passed on by the parents, from the ancestors, to the first. sapiens. A real genetic evolution. This intuition has initiated many interdisciplinary collaborations – with linguists, archaeologists, anthropologists, molecular biologists – and projects with a broad cultural profile have been launched.

How did we overcome the paradigm of the race? The studies by Cavalli Sforza and others have shown that the concept of race is not biologically valid – Professor Barbujani – answers. It is clear to see that it does not allow us to understand the differences between individuals, while leaving and working on the comparison between taken and opening great ways to understand our past and the specificity of individual people. Have you been a student of Cavalli Sforza? Not directly – concludes the scientist -. Each of us geneticists has worked on his ideas, but as I went through my full career development, I was part of the Robert Sokal group in the United States, an Austrian scholar who was in direct competition with Cavalli Sforza. This has prevented us from working side by side in the same laboratory, but despite the fact that we have worked together in numerous studies. I have a lot of affection for him, as he felt in mine. I want to remember him as one of the great Italian intellectuals of the twentieth century, a man who succeeded in overcoming the historical barriers between exact sciences and humanities, a merit of which I am certain that they will be recognized in the coming decades.