Even a gold bar in the old treasure found in Como, the minister: "Epochal discovery" 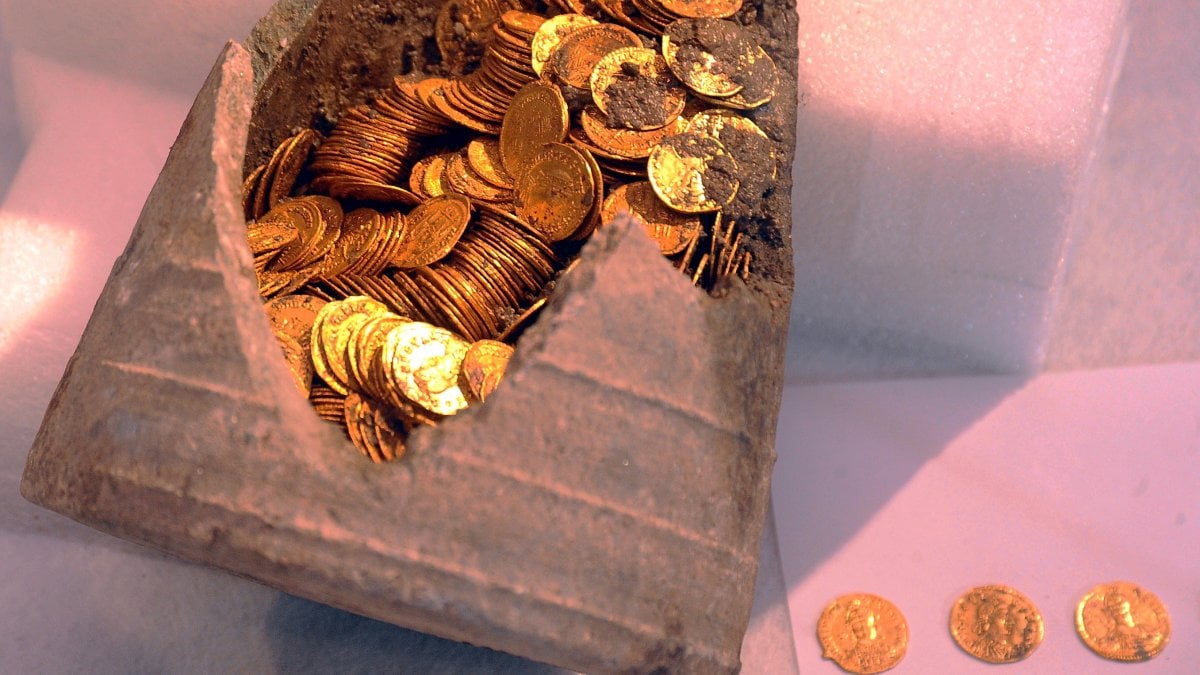 There would not only be Roman gold coins found in the vase during an excavation in Como. In fact, at least three other objects have been identified inside. This was explained by the archaeologists of the Lombard superintendent present in Milan today at the press conference attended by the minister of cultural heritage, Alberto Bonisoli.
"We certainly saw a gold bar – an official explained – and two other objects, but at the moment we only removed the first layer of 27 coins of about 4 grams of gold, struck during the period of the Honori emperors, Valentinian III Leo I and Livio Severus, and therefore can not be placed after 474 BC A bier would certainly amount to a deposit of a public bank, a private one is unlikely "

An old treasure found in the excavation of a construction site

"For me this is a more than exceptional case is epochal, one of those that marks the path of history," said Minister Bonisoli. "We are not yet able to understand it, but it is a message that comes to us from our ancestors".
And in the future? What happens to the "treasure" of Como? "In my opinion," the minister continued, "the finds found on this site belong to the people who live here and may pass." It is no coincidence that the Riace bronzes are in the Archaeological of Reggio Calabria. If a project does not work, another project will be evaluated ".
"We are certainly available – said the Mayor of Como Mario Landriscina, present at the press conference – we will bring a project of great importance"