"Exchanged for a boar", 18-year-old killed in the forest

italy September 30, 2018 italy, Nation Comments Off on "Exchanged for a boar", 18-year-old killed in the forest 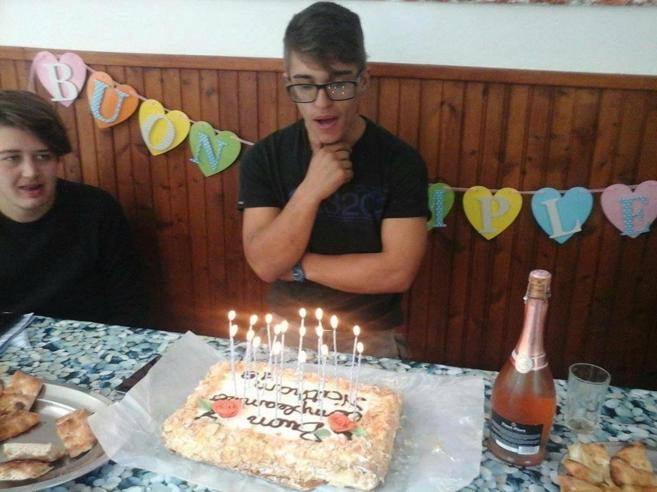 APRICALE (Imperia) – Caretaker Alexandra saw a man trembling and a man crying. To keep them separated was a group of people, carabinieri and volunteers of 118, who drove around a helicopter. There is only one road that leads to Apricale and no buses on Sunday. Lifts did not work, also because almost no-one gets up early in the morning. Alexandra has seen an ambulance running through the valley. Then he saw all those people, he heard the shouting coming from below, out of the city's turn. They shot a boy, said the young marshal who blocked his sentence. It has been added salver. But he did not seem convinced.

Imperia, 19 years old killed by a hunter: since for a prey

The renewal of the license

The man who was vibrating has no name yet, even though everyone knows his name. a 29-year-old worker, he lives and works in Ventimiglia. Two months ago he renewed the permit for hunting wild boar for the third time. Yesterday was his first seasonal bar. At 8 o'clock his team, Camporosso 137, arrived at the gates of Apricale. In the forest that covers the whole mountain from the slopes to the bottom, at the height of Villa Margherita, a historic residence that has now been transformed into a bed and breakfast, there is the field where hunters find themselves, completely covered by vegetation, which the sun is also darkening. The wait lasted ten minutes. G.I. he heard a sound, started the call without getting an answer, so they told his companions. And he shot. A shot. The rifle is a 300-gauge Winchester carbine filled with long-distance cartridges for hunting wild boar and other ungulates.

The pain of the father

The crying man is Enea Labolani and was the father of Nathan. His son had left the house at 7 o'clock with Pippo and Masha, his dogs. At the end of the next month he would have turned 19. On his Facebook profile under the heading he worked he wrote A not to do a c …. But it was not true. He immediately added bricklayer, and much more. He has worked a lot. In the farm founded by his grandfather, he was the one who made deliveries, oil for customers from Ventimiglia to Imperia, wood for restaurants with the oven and in private homes. have been hit at almost a short distance. Not more than twenty meters, according to the carabinieri. On the backside. The first to hurry was the worker of Ventimiglia and the hunter who was a couple with him. The shouting, the blasphemy, the despair, the shouting and the firefighters and the 118, the helicopter-rescue of Cuneo who has dropped four doctors in that area, is impenetrable. All useless.

He was eighteen, period. We also went to Apricale to try and tell who was and what was the victim of this tragedy, so meaningless. He was born and raised here, his family one of the oldest in the country. In the shop of the grandfather, at the beginning of the climb to the square, the agricultural tools from the past are exhibited as trophies from the 1930s and the olive harvesting machine from the 1950s. He did not dream of leaving. , a job, a secure future. But Nancy is right, the barista dell & Apricus, one of the two bars of this village that are famous all over the world because of its beauty. When he found out that he had cheered Juventus and had an Enduro bike, he was a volunteer at the Civil Protection, he occasionally went for mushrooms and the content did not change with the details. What Nathan Labolani was and dreamed of being, now no longer.

The battle of a hunter who thought he was a boar and a man was the one who knew everything. The only initials without the general are a gimmick of the Carabinieri to save the pillory and social lynching of a man accused of manslaughter. At Apricale the echoes of the outside world are muted. It is still a village with 600 inhabitants on the top of a mountain, where everyone knows each other. In the streets as always crowded with tourists, you only feel the pain, the feeling of loss. And even a little anger. If I woke up and did not know that Sunday and there are hunters, he can touch me, says Nancy, while the patrons nod. The place is one and a half kilometers from the first houses, but is very close to the Apricale route, one of the favorite walks by locals and hikers. Not far from there is the Rio Merdanzo and the road that connects the village with the municipality of Perinaldo, other wooded areas often visited by the human fauna.

The mayor Silvano Pisano is tormenting his hands. His frankness made him a character. They call him the king, also because of the sometimes abrupt manners. An announced tragedy. The bears arrive in the stream, getting closer to the village and the hunters chase them. Apart from the Apricale world apart, we unfortunately also live in a distorted world, where the rules only exist on paper. Bitterness also makes his mouth twist. He knew Nathan well, he saw him grow up, he knows his family. They ask him if there will be a day of mourning around the city. What is it for? Only what happened, happened. A dead boy, terrible.