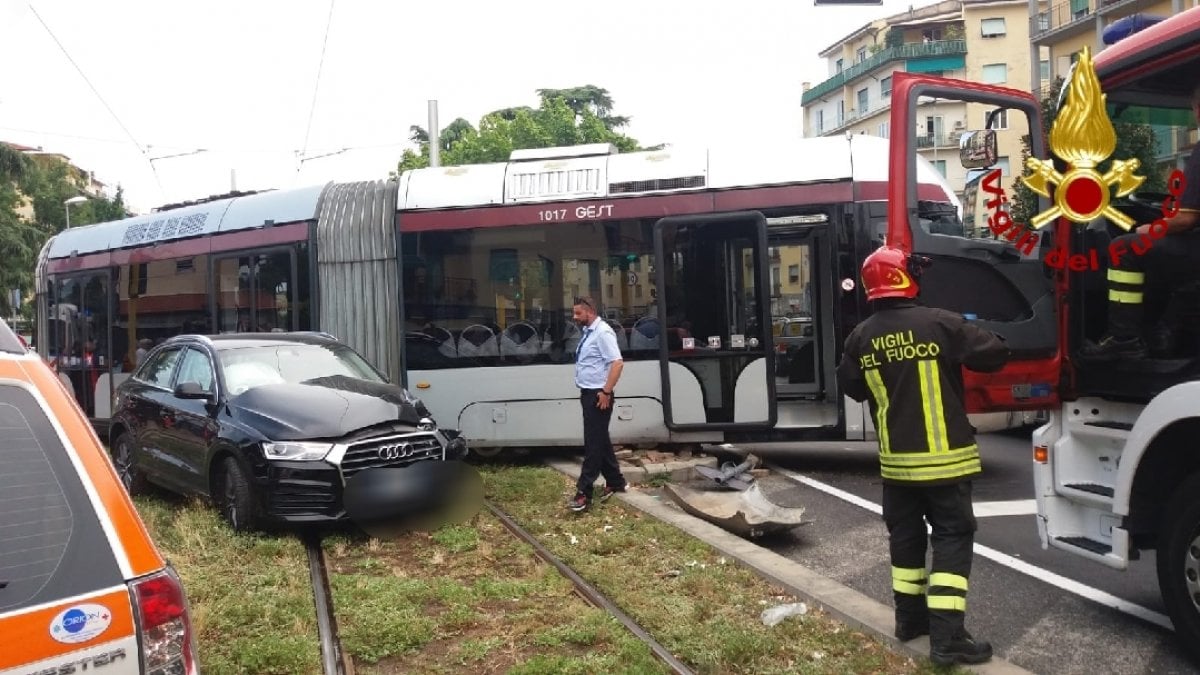 A car against a tramway. This morning it was around 12.20 pm at Piazza Batoni, in Florence. The tram drove in the direction of Scandicci when, for reasons that still had to be clarified, a car landed against the first car that derailed him. The driver of the car, 55, was stuck in the vehicle until the firefighter came to his aid. Shortly afterwards he was taken to the hospital of Torregalli, in yellow code. In Torregalli there are also three tram passengers, 46, 50 and 70 years old, all ready because of no serious trauma.
Florence, the accident between cars & trams on Piazza Batoni

The line, which was interrupted for several hours in the afternoon, came back to work around 6 pm, at the end of the operations to lift the derailed convoy that had been moved on the runway. Complex and long restoration works: after removing the damaged car, it was necessary to use a large crane to reposition the tram on the runway. The convoy was then taken to the depot. The tests to analyze the dynamics of the clash between resources are still under way: the video's of the camera's in the area are also being investigated.