Genoa, only eight months to cross the Morandi bridge? But you have to work day and night 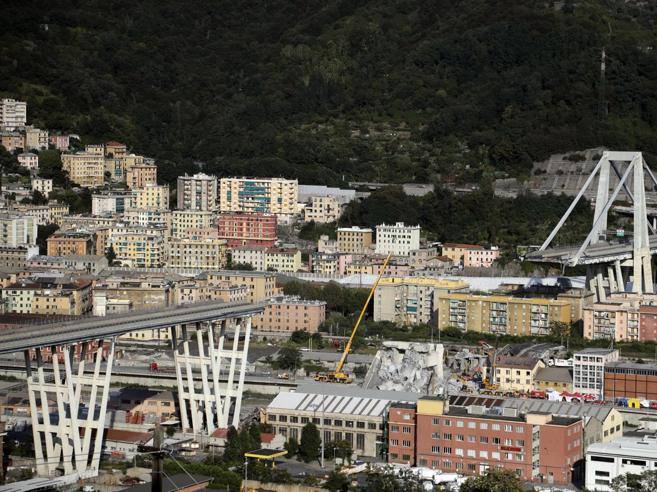 Genoa can get his bridge back in 2019? The company Autostrade says it will be able to realize it in 8 months from the moment the authorization process is completed. A record time that, according to the different technicians working on the project, can be achieved with technical and organizational solutions that improve the productivity of the site nine times compared to normal. But to do this in 2019, an accelerated authorization procedure would be needed. This could also be done, say the technicians, because the steel bridge would not be a new construction, but a reconstruction with the same shape and imprint of the Morandi bridge: it would occupy the same space in the same place, although of course materials and techniques constructive things would be completely different. But let's go in order.

The normal authorization procedure for the construction of a long and complex bridge. It starts with the preliminary project that the licensing company submits to the Council of Public Works for approval, in which amendments and additions are usually proposed. The concessionaire receives the requests and receives a positive advice and passes to the draft version of the final project for which two authorizations have to be obtained. The first from the Ministry of Infrastructure and the second from the Ministry of Environment with the environmental impact assessment. Even here, usually, it is the go-ahead after comments and requests for changes. Finally, the project passes to the services conference, involving local authorities and all stakeholders. Only when the conference approves the project, with any changes and regulations, the concessionaire can continue with the realization. At this point – we are always talking about the normal process – the company has two options: the tender or the direct assignment of the works. The second is shorter, because the concessionaire contacts the construction companies directly, but can be followed in this way in the context of the law, or in the year no more than 40% of the work is done in house while 60% has to be put out to tender.

How to speed up

The procedure can be shortened, support the proponents of the steel bridge, because it would not only be a new construction, but the reconstruction thereof collapsed In these cases it would green light from the municipality and the region and from MIT are sufficient. It happened, therefore, in 2009, to the remake of the gallery of Galletto, always in Genoa, which also ran the risk of collapse: shortened permit procedure and works that lasted only two weeks. This time 3 months would serve to demolish the houses under the viaduct and to prepare the construction sites. So the real construction would begin, which would take 5 months. It would take place in three independent and parallel work areas, under the collapsed bridge. The three locations would work on three shifts, seven days a week, for 22 hours a day, resulting in a productivity of up to nine times a normal construction site. Moreover, the parts of the bridge would be built on site and then lifted. Autostrade would already have the support of its suppliers for these solutions and, of course, the work in-house through its company Pavimental, ensure that it stays within the legal ceiling of 40%.

have made it clear that in comparison with what is proposed by Autostrade, the fear of abandoning the tragedy of 14 August will play a decisive role in politics. Local authorities and the government will evaluate the project with the steel bridge. It is likely that even if the procedural iteration needs to be accelerated, the phase of changes and requirements for the project, particularly with regard to safety, will be very strict. It is therefore difficult that everything is resolved within a few weeks. Especially since the government and Autostrade called a dispute over the withdrawal of the concession. In any case, it seems interesting that the company declares that it can rebuild everything within 8 months: a demonstration that, if desired, can be built quickly and not with the usual biblical times. It is a pity that we always need a tragedy to find out …