Investigation into the bloodbath in the Pollino Gorge: "Gite without rules" 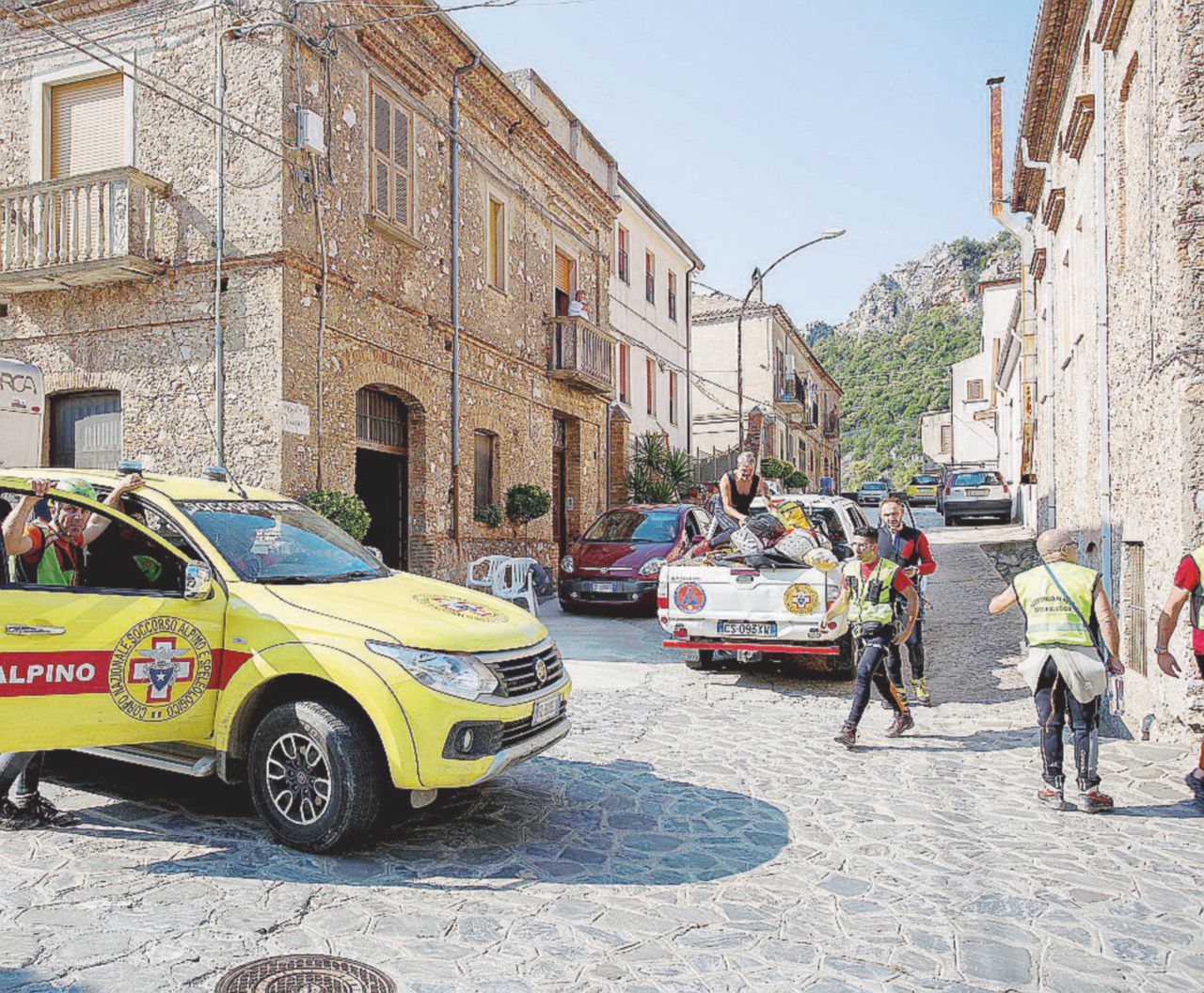 The Public Prosecutor of Castrovillari obtained a copy of the regulation "Safe Gap" on access to the Raganello Gorge, approved by the Municipal Council of Civita, in the province of Cosenza, in February 2018, but "not applicable" as explained to reporters with a certain disappointment the Minister of Environment Sergio Costa, yesterday. The chief prosecutor of Castrovillari Eugenio Facciolla wants to check whether or not someone can stop dozens of people who go to the Raganello gorge after lunch on Monday. There was yellow weather-alert, not orange or red, and only communicated at 13 with an e-mail, but present for several days on Calabria. The magistrate is currently investigating unknown persons, but they are waiting for short inscriptions in the register of suspects. The action (available on the municipality's website) proves what is obvious: the authorities know that thousands of people with paid organized trips enter the torrent each year. How? The manager of the Pollino Park Giuseppe Melfi says: "There is no safety plan, there is no responsible person, there is no arrangement for access to the Raganello river." In the park the activity is free, the guides that tourists here do not authorize us, it is a private activity ". Park president Domenico Pappaterra throws it on lethality: "It was an unpredictable water bomb".

That regulation, approved by the Municipal Council of Civita in February and transferred to the Park Authority, is called "Safe Gorges", perhaps because, with the current rules, the throats are not so safe. The regulation prohibits access to children under the age of 10, perhaps because the 9-year-old girls who remained orphaned after the unpredictable & # 39; there was no tragedy. The regulation in Article 15, however, stipulated that it was the Giunta of the city of Civita, led by the mayor Alesandro Tocci, who had to establish "the organization of activities and prohibitions". Meanwhile, 300 people entered the gap in mid-August. Without damage. Until the tragedy of Monday.

The death toll is ten dead. The three Pugliese in their twenties, missing because they were found on the first morning of yesterday. They were 20 kilometers to the north, not aware that all of Italy, even via Twitter, was looking for them. Antonio de Rasis, 32 years old, died. The guide who made the biggest mistake of his life. A golden boy, a member of the mountain rescue, also intervened in the Rigopiano tragedy. An expert in safety at work, climbed in Lombardy with his cousin to work in the field of chemistry. He often returned to his country, Cerchiara di Calabria, near the Raganello, of which he was a great connoisseur.

Gianfranco Fumarola, leaving his wife and three children, two of whom were injured in the deluge. With the De Rasis there was also the Santopaolo family in the river. His father Antonio, 43, and his wife Carmela, 40, living in Qualiano (Naples), left two daughters behind. Chiara, 8 years old, was transported to Gemelli in Rome, while her little sister was unharmed. The commander of the Carabinieri station of Civita, Giorgio Papaianni, came down with his men running out of the barracks, looking out over Raganello's chasm and Chiara and bringing another girl to safety. "He told me:" Maybe father and mother do not live. "Even the other girl has lost her father.The girls – says Papaianni – have saved themselves.The parents have not seen them anymore.The flow, or someone higher than us, brought them back with a vortex, they were attached to the branches ". Among the victims also a Roman couple: Carlo Maurici, 35 and Valentina Venditti, 34.

If the water bomb had arrived on Sunday, the victims would have been much more.

The expert guide of Civita, Emanuele Pisarra, journalist and blogger, says: "The mayor had to ban access to the gap with these conditions: for days there have been showers, we had to introduce a regulation to ban access due to unfavorable weather conditions". The mayor Tocci is not there: "The regulation has not come into force because there are other countries with access to the gorges, such as San Lorenzo Bellizzi and others.This is why I asked the Parco del Pollino to make a communal table. You can not close the access to the Raganello for a yellow weather-alert for the whole of Calabria, it was an extraordinary situation ".

Of course, if the mayor had refused entry in August, the agency Raganello Tours, with the office in front of the windows of the town hall, would have lost a lot of revenue. "I fear that the citizens would not stand at his side The mayor – Pisarra always explains – is a very good person and may have thought of arousing the interest of the community We are 900 inhabitants and we have 20 thousand visitors , with 22 bed and breakfast, four quality restaurants, he needed a lot of strength from his side to challenge all this ".

In the offer for the first month for only € 1

© 2009-2018 RESERVED REPRODUCTION – Il Fatto Quotidiano – Please use the share buttons, and not to share this article via e-mail or post it on the internet, independent journalism has a prize, which can be supported thanks to the cooperation of our readers.