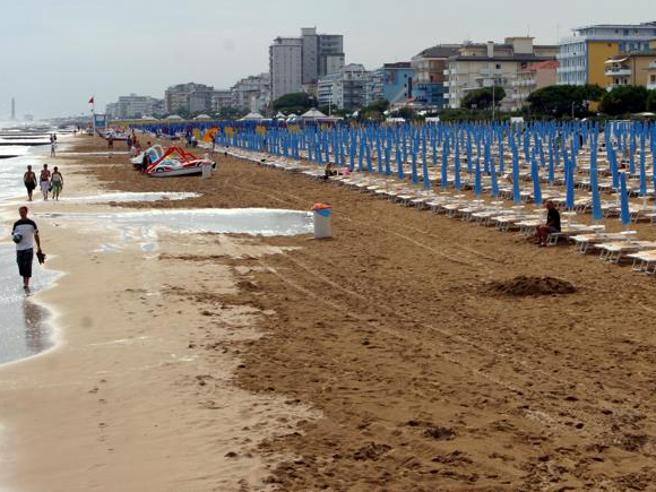 JESOLO(Venice) The beach holiday with the whole family. The permission to leave, even for an evening, with friends, to reach nearby Jesolo, his clubs, his music. The smile of that older boy who proposes to leave the full tables and reach the beach, so close, so romantic in the darkness of the night. When the screams, the howl, the call to 113 and the trip to the hospital. On Wednesday evening, along the beach of Piazza Mazzini, the center of Jesolo's nightlife, a 15-year-old girl from Friuli was lured and raped by a young immigrant who, after approaching and persuading her to get away with him, abused her. . And then he lost his tracks and ran away before the police arrived on the spot. The manhunt was shot in Jesolo. The police have carried out an extraordinary patrol service. Researchers work in the strictest secrecy and do not provide details. But the impression that they already have the identikit of the rapist.

The story – to be explained in detail – seems to be worn out in the evenings, but still can not exclude that the perpetrator has played in advance, seduced the 15-year-old in the hours or days before, the terrain has prepared and convinced her to achieve. The girl was with her mother and father in a seaside resort of the Veneziano, one of the villages that spend the summer in the vicinity of Jesolo, always the center of the summer season of the province. And even for the minor from Friuli, Piazza Mazzini and Via Bafile were most interested, so much to ask parents to give permission for a night out, surrounded by music and people of the night. Permission to arrive on Wednesday: a midweek evening and the support of four other friends should have had enough countermeasures to prevent problems.

The young woman, accompanied, entered one of the buildings of the area, but unlike his companions he did not stay there for long: the attacker, a boy who was older than foreign origin, approached her and quickly succeeded in convincing her. to leave, to move to a more sheltered place, where you can talk quietly, where you can enjoy a bit of intimacy, away from noise and curious glances. But also far removed from the protection of friends, from the suspicious looks of adults. The two disappeared, reached the beach and the rest of the party remained in the room. When it was time to return home, someone started to worry. Friends have been around the bar in the area, but only when they have reached the umbrella, they have heard the screams and screams. The police call was immediately made, but it was already too late, the boy had already disappeared. The 15-year-old was taken to the hospital, while the officers of Jesolo's police station were immediately on the trail of the guilty party.

The numbers and the alarm of the mayor

Sexual violence is constantly increasing, even in a normally safe territory such as that of the Venetian capital: the data from the police station in Venice, updated earlier this year, speak of 23 cases in the twelve months between March 2017 and March 2018; the previous year, in the same period, 18 episodes were registered, 28% less. Unfortunately, the area of ​​Piazza Mazzini and its surroundings offers illegal and criminal activities of all kinds, as admitted by the Mayor of Jesolo, Valerio Zoggia: with thousands of people who are present every night, it is an attraction pole that is a great opportunity for the city but also a big problem: here thieves and drug dealers come together, helped by the crowd to hide from the authorities, both to find victims or customers. The administration has tightened its grip on the area: this year the inter-corporations were focused on Carabinieri, the police and the Guardia di Finanza. We have also improved the lighting on the way to the beach and moved the permanent garages at the beach, but not enough – Zoggia concludes – until there are no more severe punishments, offenders will only move a few meters.

What happened to something that deeply affected Jesolo and can only remain shocked and pained. At the same time there is a feeling of regret for an episode that should not have happened. Adds the Mayor of Jesolo (Venice) Valerio Zoggia. At the moment so delicate for the girl victim of this vicious aggression and her family, all proximity to the city of Jesolo and my personal goes – notes Zoggia -. To them, to the citizens and to our guests, I would like to inform you that there is a maximum commitment of all police forces and local police to ensure safety and ensure that this situation can no longer be controlled.