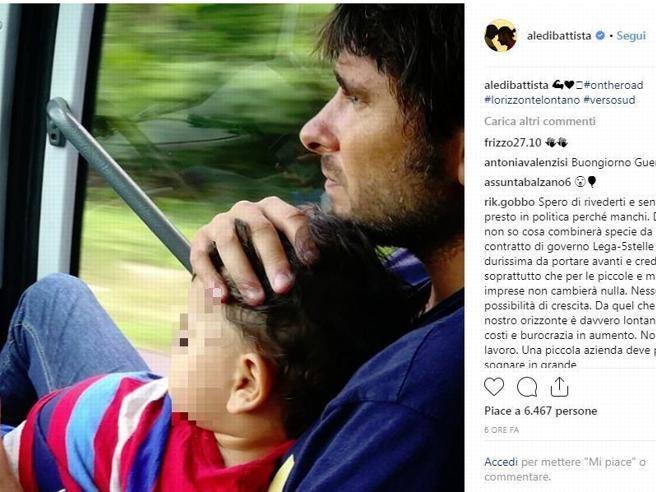 A shot with his son, traveling, to the south, posted on Instagram only a few hours ago. But on social networks Alessandro Di Battista also announces his "virtual" return to the political debate: "See you tomorrow", he writes. The former five-star MP, symbol of the movement's movement wing, returns to the spotlight for an intervention that marks a point on his American journey and the first months of the tied government. «Dibba» comes between in connection with Guatemala to the Festa del Do it daily and defends the work of his former party colleague, pointing out the index on the government's grip on the Carroccio on whether or not to change the country. "The desire to change things, by the League, will be seen at the withdrawal of the concession to Autostrade, which will be a historic moment," says Di Battista. "I heard Giorgetti say" let's see ", but the 5-star movement does not go back, we think the highways should be managed by the state". Then the punch: "We will see if it is a Marian League hidden under the face of Salvini". Di Battista then attacks the leader of the Carroccio on the question of the ship Diciotti: "Salvini plays his game and the press attacks him. Salvini you see him posing, he says, "Process me," he says he risks 20 years in prison … But what does he risk? It does not risk anything ». «I do not read the polls, but we will see if the League is really 30% …» Still in the field of migrants Di Battista explains: «For the M5S, Africa does not want to welcome, does not want to walk … This is the battle of the M5S and is another fight in the ways and tones of the League »

Is the M5S softened on Tap and Tav? "No, it is clear that when someone campaigns he only talks about his own movement, but unfortunately we are not alone in the government, so we had to execute this contract with violence. But it is the duty and duty of a power of 32% to convince the minority shareholder. "" I doubt Trump said "or do the Tap or we will send the F16." A united Europe can oppose the rich who grow a lot, like China and India, or Russia and the US ", adds Di Battista. And he concludes: "Trump has his opinion, but we are Italy, not a branch of the United States of America". And during Di Maio's visit to Egypt, he chose the leaders of the M5S: "For me, I visited Al Sisi, if the relations break, the truth about Giulio Regeni will never be there".