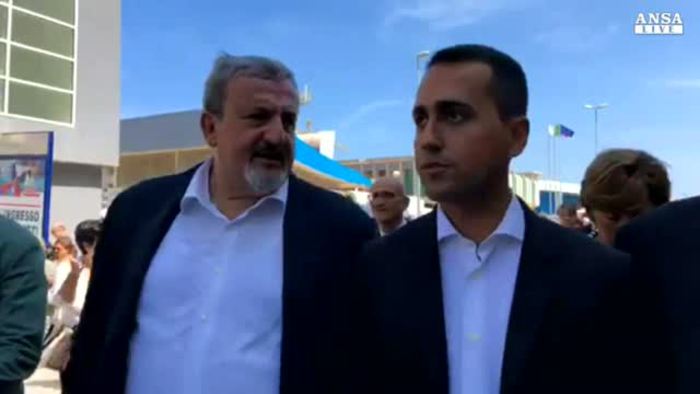 "Ignorant journalists or in bad faith, or both, accuse me of making a mistake by asking Emiliano what he was doing with Matera, suggesting that he does not know in which region it is. They are the ones who do not know that the Puglia region is doing and receiving millionaire investments with a view to being appointed with the Cultural Capital of Matera ". So the Deputy Prime Minister Luigi Di Maio responds with a message on Facebook to the controversy caused by an exchange with the Governor of Puglia Emiliano in the Fiera del Levante, captured by the cameras and does the round of the web.

"With Matera, what are you doing?", Asks the Deputy Prime Minister and Minister of Economic Development Luigi Di Maio to Michele Emiliano. And the governor of Puglia, ashamed, puts a hand on his mouth: "is in Basilicata …". And Di Maio, he concludes. "I know".

According to Maio, the effect of discredit on this government continues unabated. The newspaper publishers have their hands on the porridge everywhere in the state concessions: motorways, telecommunication, energy, water and the order that the publishers have received is the M5's attacks with all sorts of untruths and illusions "."This is no longer free journalism. We must make a law to ensure that publishers are clean and that journalists are free to investigate all shortcomings of borrowers".

Emiliano, Matera in Puglia? Ridiculous joke about Di Maio – "This joke that mocked that Minister Di Maio would tell me about Matera, thinking that Matera was in Puglia, is really a joke, even ridiculous enough, I did not think it was at least amusing and hateful and there was nothing in the conversation that to such an interpretation, as usual, to those political modalities that then only elicit the confusion of the citizens and a mutual distrust ". This was stated by the Governor of Puglia, Michele Emiliano, referring to the & # 39; off-wave & # 39; yesterday with Luigi Di Maio on the Fiera del Levante.

"I want to clarify – added Emiliano – that Minister Di Maio knows well that Matera is in Basilicata, we would miss it, indeed, he asked me because he knows so well that Matera is in Basilicata and asked me:" What am you doing? support the efforts of Matera, European Capital of Culture? "I – said the governor – I said that the Pugliese have invested 2 million euros to support the cultural event itself, more I believe in the financing of the European Union, and all the financing (100 million euros, etc.) for the doubling the Bari-Matera railway ".