«Manuela stung her throat, the carotid artery was cut off»: the reconstruction of the night Photogallery 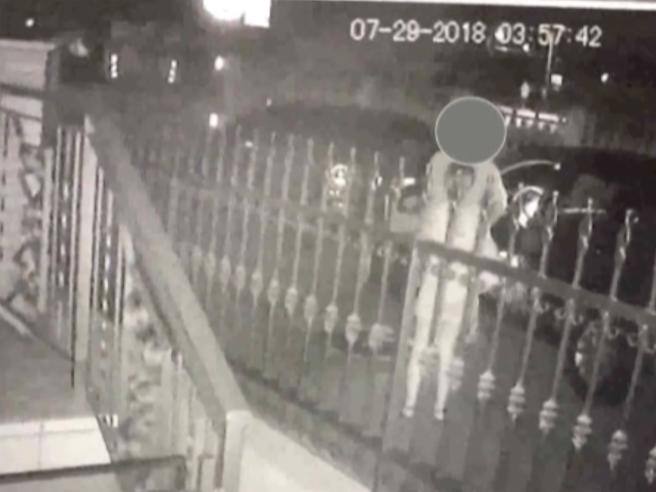 The magistrate of the court of Brescia has validated the arrest of Fabrizio Pasini and ordered the precautionary detention in prison by the 48-year-old man who confessed the crime of his beloved, the 35-year-old from Brescia Manuela Bailo. And the chief prosecutor of Brescia, Tommaso Buonanno, added: "The death of Manuela took place through a sharp weapon that included the carotid recession, the wound in the head was not decisive for death," he added, then said he said about the accused: "Fabrizio Pasini had a clear mind in stark contrast to the hypothesis of the accident." The man took the time to pack the girl's body and take it to the Cremonese, where he already had the place. identified where the body was to remain hidden ". The presence of Pasini was confirmed on July 29 at 2 o'clock in the First Aid for a rupture of the rib. Then the transfer with Manuela went to the house Ospitaletto, where death took place between 4 and 6 in the morning.

The Procura di Brescia has also ordered the permission of the body of Manuela Bailo.
The funeral of the young man will be celebrated on Monday afternoon, August 27 at 16.00 in Nave, land where Manuela and her family live. Saturday, August 25, the burning room from 10.30 am.

A very long day had been yesterday. Scanned by the contradictions, doubts and shadows that insinuate on the two sides of a truth that in reality can not think of any contradictions. On the one hand the first scientific findings. On the other hand, the words of those who keep repeating that his (former) lover did not want to kill her. During the day the Carabinieri della Scientifica worked without stopping at Ospitaletto: unrepeatable reviews, arranged by the deputy prosecutor Francesco Carlo Milanesi. A sieve every useful inch in the house where Manuela Bailo was killed, around 5 o'clock on Sunday, July 29th.

It is home to the mother of Fabrizio Pasini, 48, who, twenty-three days after the disappearance of the girl and two weeks of vacation in Sardinia, collapsed with her wife and two children: "But I did not want to kill her, I pushed her and she fell down scale ", repeated the investigating judge, Giulia Costantino, during the interrogation in prison. A few few hours, to confirm the version that was made at the time of arrest for voluntary murder and the hiding of the corpse: Manuela, the day after his death, took her (with his wife's car) in a house of Azzanello, in the Cremonese. Hidden in a sewerage tank. "I am a devastated man, I have lost everything", he said in tears to the examining magistrate. But "I did not want to kill Manuela".

The quarrel, around five o'clock in the morning, caused by a banality: a tattoo. "We should have done it together, choose something that was meaningful to us, but she got angry because she discovered that I had done it myself, by engraving the children's initials on the skin, and the fatal fall. According to his story, Fabrizio Pasini after the flight from the stairs ("it was an accident") approached the girl – who at that time was not much blood from the head – to see if she was alive. "I tried to revive her with water and took her to the bathroom in the basement, but she started to lose a lot of blood." At that moment, "Do not go, please do not do this to me," he whispered. Then, faced with the irreparable, "I lost my mind." By giving up the messages written by Manuela's smartphone ("I threw it into the peatlands") and clearing everything, in a desperate attempt to get away with it. Until you bring it later after hours.

But something does not come back. "The version of Pasini is beginning to crumble for the light, strong doubts emerge," said the lawyers of the Bailo family, Giulio Rota and Michele Radici, who have participated for hours in the inspection. Because on the stairs there would be no sign compatible with the reconstruction rendered. And because on the contrary in the bathroom next to the garage of blood spores several would have been discovered: in the shower, but also outside. Difficult to bring them back to a small wound on the head, but this will be determined by experts. It is not everything. The autopsy on the body of Manuela in fact marks a fracture composed at the base of the skull, which in itself is not enough to determine death. It is not excluded that it is dead by asphyxiation, but as a result of bleeding or mechanical action it must all be rebuilt. This is the reason why an autopsy research extract was ordered – and carried out – that contains a series of laboratory analyzes, the results of which will not be immediate. However, it appears that the signs on the neck of Manuela (severely affected, including jugularis, due to the state of decomposition of the corpse) may be compatible with a sharp weapon. The suspect – everything to be verified – is that the girl may have been astonished first, with a slap to the head. From the assumptions to the certainties, the results of the scientific examinations will be considered. Fabrizio Pasini does not admit: "I did not want it, it should not have ended in this way". Next to him, the defender, the lawyer Pietro Paolo Pettenadu (who personally went to Ospitaletto in the afternoon to attend the reliefs), the investigating magistrate and the public prosecutor (who in their turn at 12 o'clock & # 39; In the afternoon the interview ended), the carabinieri in the west of Brescia reached: the first has asked for the withdrawal of the measure and as an alternative the domiciliari, the second confirms the custody in prison. The judge will dissolve the reserve this morning. Under pressure from the questions that have not been deducted, Pasini & # 39; in detail & # 39; reconstructed on the evening of 28 July: the meeting with Manuela, in the city, around 6.40 pm, the aperitif in Iseo and the arrival in Ospitaletto, «to watch a movie». Until the stage in the first aid, after midnight and until four o'clock in the morning, with her: "I slipped and broke my ribs." Meanwhile, his wife kept calling and writing to know, worried, what happened to him. , report on hand.