Migrants, checks at the border with Friuli. Fedriga: "Immediately 80 relocations" 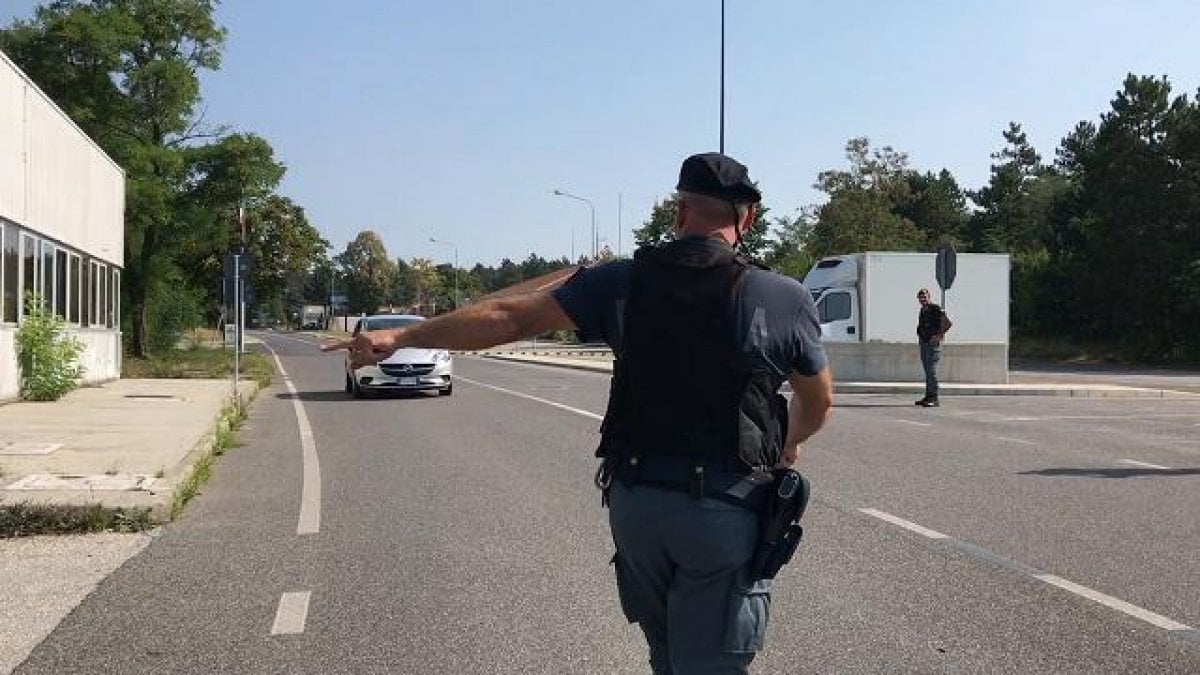 "Eighty people will be removed immediately, not in a day, but in a few hours". Announces close to the border with Slovenia and a hard fist against the "unauthorized bivouacs" in Trieste, Massimiliano Fedriga, president of the Friuli Venezia Giulia region.

"Starting next week, the Region will provide the forestry body with support activities at controls along the border between Friuli Venezia Giulia and Slovenia and, in the meantime, thanks to the rapid intervention of the Ministry of the Interior, never before in time, the responsible authorities will all irregular migrants who have recently become protagonists of unauthorized bivouacs on the shores of the city, "he said live on Facebook.

The governor announced the immediate removal of 80 people from the city of Trieste. His junta then provided for a strengthening of border control, involving the forestry body in support of control activities. "We also evaluate – he added – how to involve civil protection". Fedriga also wants to clarify the presence of groups of migrants housed in the center of Trieste and designate supporters of "diffuse reception".

"We are not going to blackmail – he points out – the answer is the immediate removal of these people and we will continue in this direction". Nobody, governor Fvg went on, "can think of playing on the skin of the Friulians and Giulians". Nobody, he repeats, "think of the use of illegal immigration to keep filling our wallets". Friuli Venezia Giulia reacts "with violence" and makes "more men of the region" available to defend not only "the Friulians and the Giulians, but the whole country". Friuli Venezia Giulia, concludes: "is the border of the whole country".

"With the Lega di Fedriga we are witnessing a shameful show in Trieste", says Pd Euro deputy Isabella De Monte. "Trieste has been governed by center law for more than two years and has not changed anything, and even worse." The solutions Fedriga has announced are exactly those already adopted by the center-left junta that we asked for yesterday: transfers, forestry and civilian protection Regional government: it took migrants to the banks, but eventually it woke up and did it ". The former president of the Debora Serracchiani region also stands firm. "The migrants in Trieste are sleeping under @M_Fedriga's office, which has never happened before.No one of @LegaSalvini notices, from the municipality to the region in Rome they jump to the accusation of the @ pdnetwork. government suddenly & # 39 ;, but now the government & # 39; of them & # 39 ;, he writes on Twitter.

Fedriga also spoke about the issue of the ship Diciotti, which was blocked for days at the port of Catania. The governor defended the work of Salvini: "It is a foolishness to tell a minister of the Interior who does not have to abide by Italian law and the constitution to bring in illegal immigrants," said Fedriga. "On the one hand we have a minister of the Interior who runs the risk of being investigated because he is doing his duty, on the other hand who is going to demonstrate to say that everyone has to come down". It is precisely those "who have earned us years of illegal immigration".

Also waiting for next week also new rules for the allocation of housing companies, which exclude the possibility of self-certification for foreigners. "First the Italians" is the reasoning behind the new parameters. "To give priority to residents – explains Fedriga – we increase the length of stay and say that those who have enough years of residence but come from another country can not certify themselves, but certify through the embassy of origin that no other property is have its possession Country of origin ".