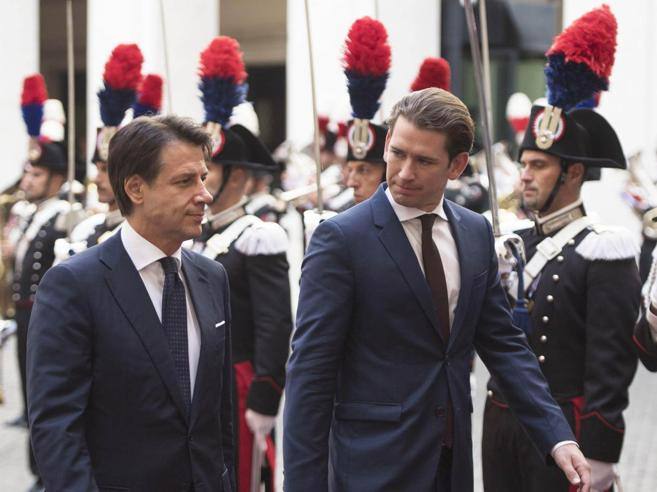 The subject of migrants was at the heart of the lecture that took place today in Rome between Prime Minister Giuseppe Conte and Austrian Chancellor Sebastian Kurz: "If we do not want another Diciotti case, we need a European response: I represented the concern of my country that more invest in North Africa ". Conte said in a press conference at the end of the face to face. In the opinion of the Head of the Italian Government, this agreement must deviate from a specific point: "We must review as soon as possible operational protocols" of some European missions ", such as Sophia and Frontex, which need to be updated in the light of the conclusions of the European Council last June ". Conte then added that "Austria is very pleased" with the work of Italy, which managed to significantly reduce the flow of migrants to Italy by about 80 percent. "As the latest UNHCR statistics have shown, the landings of migrants in the past year collapsed all over Europe, not just in Italy.

In a press conference Conte also made the & diplomatic incident & # 39; because of the dual citizenship that Vienna intends to grant to the highly German-speaking citizens and that yesterday the Minister of Foreign Affairs Moavero Milanesi has urged his meeting with the Minister of Austrian esters. "I got the chance to represent the clear position of the government on the dual citizenship of South Tyrolean citizens" was limited to Conte. The position of the Italian government is, as is known, strongly opposed to the Austrian project.