Naples, wrapped in a blanket of black smoke: in focus a laundry shop in Capodichino 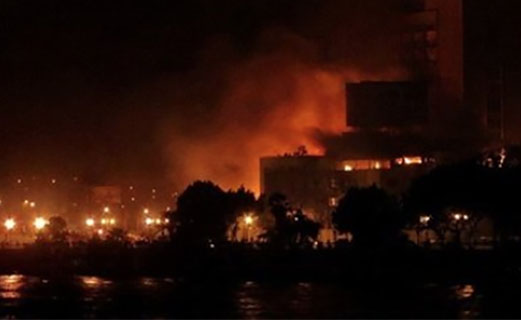 Napoli. Fear among the inhabitants of Naples that in the evening they were wrapped in a blanket of black smoke all over the city in a blanket of black smoke A short fire of enormous proportions broke out shortly after 9 pm in a depot of cleaning products via Calata Capodichino. On the site two fire fighting teams with numerous supporting vehicles trying to tame the flames. The cloud of black smoke is visible throughout the city and spreads through the northern area. Firefighters have decided to evacuate the building where the hangar is placed as a precaution because the flames, which have already damaged the storage structure, lie on an outdoor terrace. The firefighters are at work to tame the flames, then they will think about the causes.