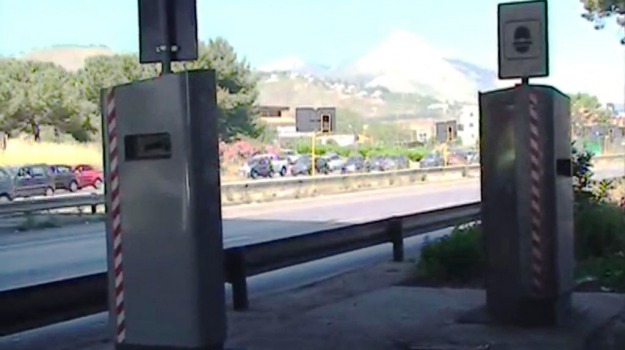 A bad news for motorists who do not follow the rules and want to kiss with their car or road, good news for those who are in the first place safe and have no trouble not pressing the foot of the accelerator. Two other speed camera's arrived in the Viale Regione Siciliana, the ring road of Palermo, a place in the past theater of many, many accidents, often deadly, and that thanks to the speed camera's and tighter controls has seen "collapse" in recent years the number of casualties.

The speed camera & # 39; s are installed under the bridge of via Giafar and they will enter into force in the middle of next week, to insure the traffic control command. In June two other devices were installed under the Bonagia bridge. In this way, the fixed speed control points on the ring road of the Sicilian capital are six.

In the province, the speed cameras were installed not only in the city, but also at another very dangerous point for motorists, on highway 624 Palermo-Sciacca to prevent high speeds and to prevent accidents. Some speed scouts, the "invisible" speed camera's hidden in a moving traffic car, have entered into force in the trajectory between the Piana degli Albanesi and San Cipirello crossroads

In Palermo, every car driving around in the city averages one and a half hours a year. It is the calculation resulting from the strong peak in violations in 2017 compared to the previous year. Last year, in fact, more than 624 thousand minutes were signed for a collection of 20 million euros. And as far as the speed cameras are concerned, a total of 46,631 registered violations have been detected in the past twelve months.

In fact, there are not only fixed stations that detect speed along the Viale Siciliana, but also mobile speed cameras in very dangerous arteries, such as Viale dell & Olimpo, via Ernesto Basile, viale Michelangelo and la Favorita.