Ponte Morandi Genoa, conducted in the research: that is how it collapsed 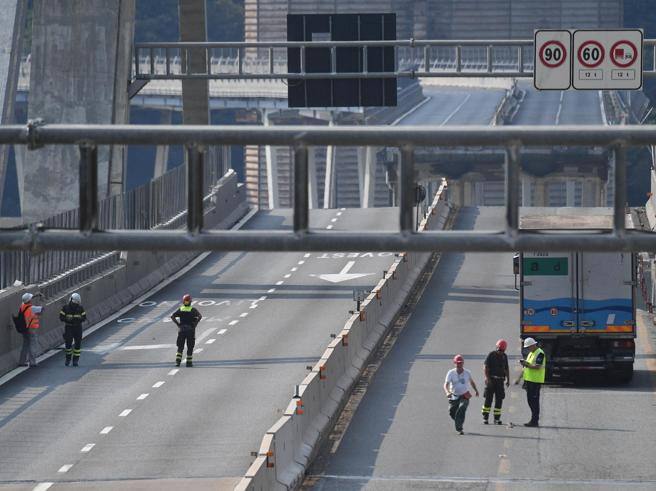 From our correspondent
GENOA – Written reports, passed directly to the company Autostrade, with precise indication of an anomaly to the structure of the bridge and the tie rods. Information collected in the weeks before the collapse of the viaduct and that could represent a material that is decisive for the investigation into the death of 43 people.

In addition to the examinations of the technicians of Autostrade and of the Polytechnic engineers, connected to the project to secure the bridge that is being launched in the autumn, to confirm the state of deterioration of Morandi, there are also several reports drawn up by companies working as subcontractors for Autostrade. Valuable documents to reconstruct the last days of the life of the bridge. Along with the video's of the collapse and the first investigations on the rubble, which would allow the experts of the public prosecutors to restore the dynamics and causes of the collapse. Although the results of the first scientific tests are expected for the submission of the report.

That the research approaches a turning point it is also understood by the fact that I arrived last night at the complete (and rapid) removal of the rubble, a sign that what should now be analyzed was in the hands of the Procura. The researchers confiscated the documentation in the Autostrade offices. A seizure by third parties, since the magistrates have repeated that they have not yet been investigated. But the turning point could be close. On the day of the tragedy, the researchers also asked the ARPAL for a look at weather and lightning to analyze even the most residual hypotheses. Meanwhile, the pool of magistrates is analyzing the procedure of the refurbishment project of the viaduct approved for the ministry by the manager Roberto Ferrazza and the engineer Antonio Brencich, today members of the MIT commission of inquiry that was to be heard.

The research remains focused on the stronti of the pylon 9. The technicians reconstruct the works that have been carried out over the years and the works that were in progress in the hours before the collapse: the replacement of the bridge crane, the construction of a new sweater and the installation of safety nets. Non-structural works, insured by Autostrade. The technicians of Weico di Verlturno, in the province of Bolzano, were working on the Pylon 9 pylon. The same people who were responsible for the installation of the new gantry crane: the works stopped for two months. We worked until 5.40 am – says the manager, Hubert Weissteiner -. We were five workers and a bridge, the traffic was open on one lane. We were prepared to avoid as much as possible to approach the seat of the tie rods, because it was forbidden in that area to do any work. We have never had the feeling of danger in months of work.

The works were contracted by Autostrade and Pavimental, a company that still belongs to the Atlantia group, as well as those for laying new jersey made by the Mga van Aulla (Ms). That night we were in the Galleria Coronata – explains Paolo Luccini, manager of the Mga. On the Morandi until the beginning of the year we had also taken care of the reconstruction of the uprisings. As far as the reports to Autostrade are concerned, the managers only say that they will talk to the magistrates. Communication is traceable – explains one of the technicians -. When the workers at the work found concrete injuries, signs of rust, oxidation or moisture infiltration, there is news given to the customers. Now to the experts appointed by the prosecutors to clarify whether these reports have been correctly taken over by Autostrade and whether all necessary checks have been carried out.