Ponte Morandi, resumes work after the collapse. The Public Prosecutor: "Debris is proof" 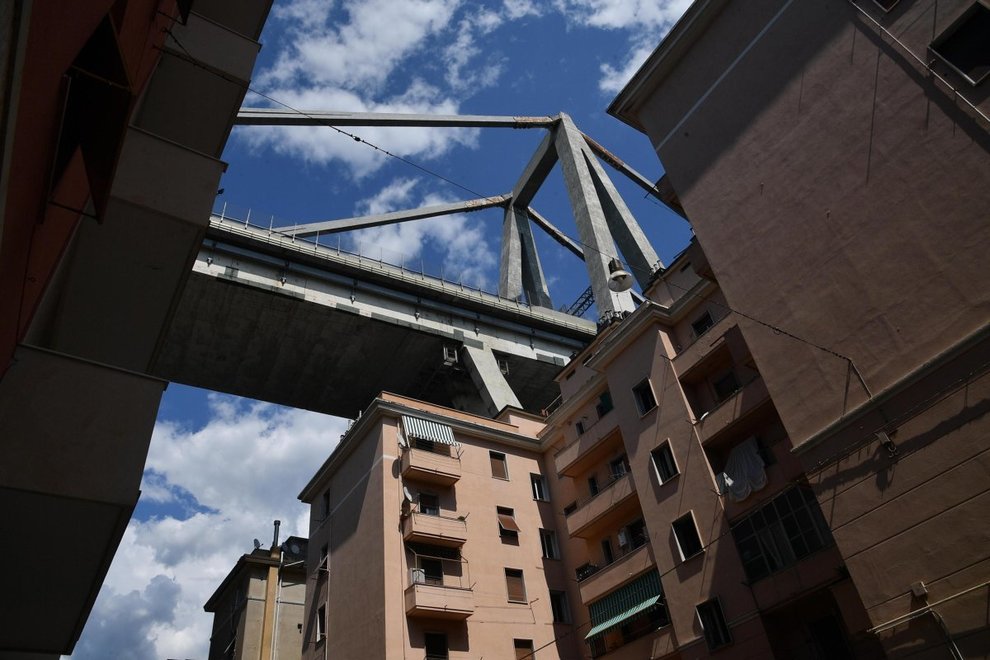 The storm that struck Genoa on Saturday, even flooding some squares and underpasses, has given way to the sun, the weather alarm ended on Sunday at 8 o'clock and the vehicles involved in removing the rubble from the Morandi Bridge are back at work gone the bed of the Polcevera stream, after more than 24 hours of interruption. Meanwhile, while the opposition between the government and the prosecutor about the time of removal of the stumps, says a survivor, Gianluca Arduini, from the hospital: "someone has to pay." We are talking about a bridge that is being used by thousands of people. Now they even say that what remains is more rotten than what came down. "Still shaken, Arduini asks to see the firefighter who rescued him while he was twenty meters above the destroyed car.

Meanwhile, the bulldozers have come into action under the Morandi, which have restored a track that was canceled by the rain, allowing the transit of the trucks and other vehicles of the companies involved in the intervention. The red area remains blocked and the displaced people are prevented from entering houses to get their belongings back. The western area could again be used to make businesses work. Meanwhile, the contrast is laid during the times of demolition. For the under-secretary for infrastructure Edoardo Rixi they have to start at the beginning of September, also because the damage to the companies will be very high. But this conflicts with the requirements of the power of attorney. The public prosecutor Francesco Cozzi reiterates that if there is a risk to public safety, the demolition will not hamper, otherwise the preservation of evidence is a priority. In the middle is the complex machine of a probationary accident for which it is necessary to preserve the scene of collapse in the essential parts, such as the stumps. Also the one to the west who, as mentioned by Cozzi, "is worse than the collapsed". Otherwise, there is a risk that court proceedings contest the nullity of the tests that have not been carried out and analyzed in the presence of their expert. In the Genoese hospitals six wounded are still being treated. The conditions of a 34-year-old man admitted to orthopedics in Villa Scassi are stable. Another four are wounded in San Martino and one in Galliera.

Meanwhile, the tension between the displaced persons remains high. Autostrade per l & # 39; Italia paid 714 thousand euros for the initial needs of 74 families and the figure is expected to rise to around 1.5 million on Monday when 90 new transfers will be paid. But the uncertainty for the future causes discomfort after 12 overnight stays outdoors. "I can not take it anymore," a woman tells journalists that burst into tears. The managers of the Buranello Center have announced a meeting to organize volunteer work and solidarity, which collects large quantities of goods, including toys for children, at its best. In the Ferraris stadium, Genoa and Empoli also wear the t-shirt dedicated to the tragedy – Genoa in the heart -. The Genoa plays the debut with the grieving shirt and without sponsors the fans observe 43 minutes of silence, one for each person who died when the bridge collapsed.

The survivor of the collapse. "Someone has to pay, we're talking about a bridge used by thousands of people, and they're saying that what's left is more rotten than what came down." He said this from the hospital bed, interviewed by Rainews Gianluca Ardini, one of the survivors of the collapse. "I would like to meet the fireman who saved my life. If he had not found me, I do not know how long I should have resisted. & # 39; Gianluca is one of the miracles of Morandi. He hung on his car with which he went to work thanks to the seatbelt. The car destroyed in the fall was stuck in the rubble of the bridge about twenty meters above the ground. The firefighters have deployed him and taken him to the ground in an attempt not to create further problems for the serious shoulder injury of Gianluca. "I resisted my family and my desire to live," he said.

The President of the Liguria region. The theme of the nationalization of Autostrade by members of the government "seems to me a nostalgia to the past of which I am not nostalgic". In the past there was government management "but the state has not been more efficient and has cost the debt we have". This was explained by the President of Liguria, Giovanni Toti, who spoke on the National Day of the Unity that was going on in Ravenna. "I oppose nationalization in general – he noted in the margins of a meeting. If there is something wrong – he continued to mention the story of the Morandi bridge that collapsed in Genoa – the lack of control or checks that were too soft for the dealer was wrong. I think the government should remain a regulator and that managers should be private or public, but opposed to the nationalization of large companies. Then – he concluded – Cdp acts according to the market rules if it has an interest in infrastructures, I would not find anything unusual "would evaluate an intervention.