Ponte Morandi, the committee jumps: one leaves, the other is withdrawn 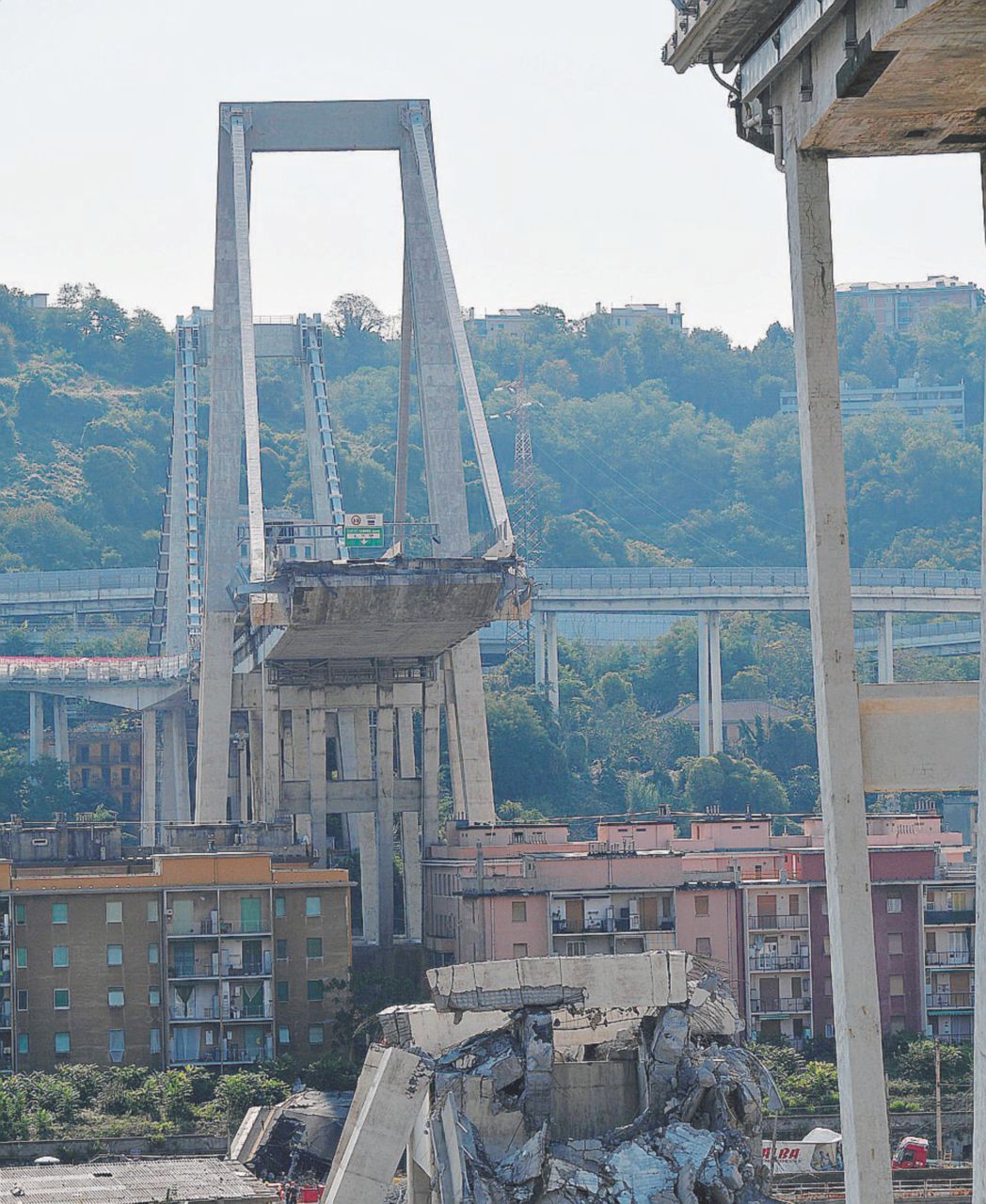 The ministerial committee examining the bridge is in pieces: he has resigned Antonio Brencich, professor at the University of Genoa. And the Minister of Infrastructure Danilo Toninelli has deposited the position with the president Roberto Ferrazza "According to reasons of opportunity". It all stems from the opinion that the Provveditorato in the public works of the same ministry in February last year pointed to the Autostrade project on the restructuring of the piers 9 (the collapsed) and 10. The document – which draws the attention of the pm is also signed by Ferrazza and Brencich. He will take over instead of the president Alfredo Principle Mortellaro, executive power of the High Council of Public Works.

In the meantime, other things had come to the fore: after the alarm of the inspections that were called by a consultancy firm of the Ismes, highways decided to work on Pylons 9 and 10. He also turned to the Polytechnic of Milan that stressed the fears for the pylon 9. The opinion of the Provveditorato was not reassuring. So Autostrade, just the first of August, has also started a consultancy with the University of Genoa, Department of Civil Engineering of which Brencich is a member. But there was no time, the bridge collapsed. And it seems that Brencich was a stranger to the Morandi study group. However, the teacher is resigned.

Meanwhile, one Palace of Justice the arms are sharpened for civil cases for damage to the activity of the port that could reach 10-15 billion. But first is the criminal law: researchers hunt for 30 acetylene cylinders, the explosive and flammable gas that is used for welding. At the moment of the collapse it seems that they were present on the Morandi, but so far no trace has been found. In theory they could have been influenced by the lightning and exploded and caused the disaster. It is a hypothesis that the experts do not give credit, but at the moment to find the cause of the collapse, we should especially look forward to exclusion. Of course, the cylinders also formed a further weight on the structure. Finding acetylene is important. The causes, then. Then there is the other red thread of the research: responsibilities and controls.

Wednesday the Yellow Flames a Rome and GenoaIn addition to boxes with material related to the bridge, they seized the mobile phones and computers from a number of Autostrade executives. And they heard, as a person informed of the facts (therefore not investigated), Michele Donferri, director of maintenance and investments. They especially wanted to know where the material was stored in relation to the construction sites and the site safety. But details were asked about the planned works. Preliminary information for examining the immense amount of material. Then the probationary incident will take place. And the list of suspects who have to be big – we are talking about a dozen names – will be announced to prevent excluded people from asking for repetition of the incident (which is not always possible when it comes to the research of limited shelf-life material). ).

Then the gigantic chapter of the gods will open damage. "We are preparing a network of institutions to help businesses, we want to speed up the paperwork, we will also distribute a form to assess direct and indirect damage," he explains. Maurizio Caviglia, Secretary of the Chamber of Commerce. Giampaolo Botta di Spediporto (the organization that collects freight forwarders) says: "More than 100 forwarders came together to find possible solutions to prevent them from losing traffic, and the work will be resumed at full speed at the beginning of September, we have to be ready". Has the port suffered major damage? "We hope to be able to carry out our work, even with a limited infrastructure.Of course, if we have any damage, we have already decided to become a civil party in the process". According to the most pessimistic assumptions, the port could lose up to 20% of traffic. Calculations for containers are simple: 500 thousand fewer containers. Everyone is worth 30 thousand euros. They earn 15 billion.

In the offer for the first month for only € 1

© 2009-2018 RESERVED REPRODUCTION – Il Fatto Quotidiano – Please use the share buttons, and not to share this article via e-mail or post it on the internet, independent journalism has a prize, which can be supported thanks to the cooperation of our readers.