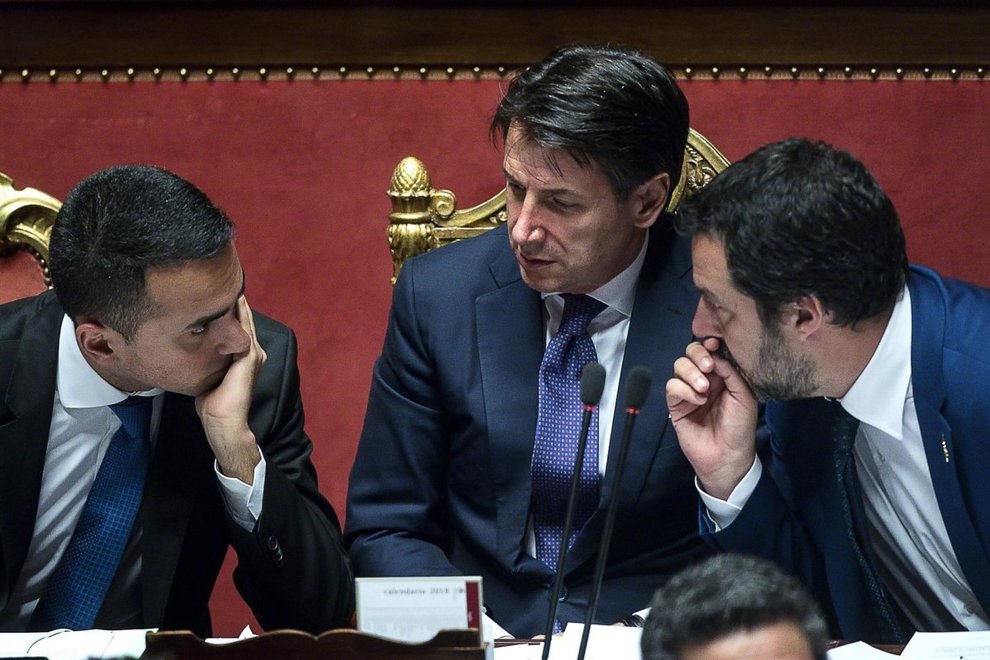 The story of the Eighteen "was and is the government compact" and "Salvini continues because it has not violated the ethical code of the contract and the M5S". The day after the guarantee declaration was received by Matteo Salvini, Luigi Di Maio launched a twofold goal: to give the feeling of a compact executive power and the dissatisfaction that has found its way within the movement.

For this last reason, the defense against his Ally can not be complete: "there is complete respect" for the action of the magistracy for which "we do not have to attack the prosecutors," says Di Maio. Words aimed at meeting a Movement born as a very legalist and who, until not so long ago, promptly requested the resignation of everyone who was examined. Di Maio tries to make clear for a militancy that is a bit disoriented by the leaks for the leader of the Northern League. "We take our responsibilities as a government, and I have always said that the institutions of the state must be respected," explains Di Maio. He answered those who reminded him of his request for dismissal for Angelino Alfano, also when he was at the head of the Viminale, declares: "Alfano had to resign as Alfano."

Terms that the Vice Prime Minister repeats on TV on a day when it is mainly the collision between M5S and Pd. «We do not ask Di Maio to resign Salvini in 5 minutes. We only tell Di Maio that his double ethics is a civil shame. And that cheating against the web opponents when it is suitable is not politics, but barbarity, "is actually the tweet with which Matteo Renzi responds to the M5S leader, and the Dems, in attacking Di Maio, are compact "The submission of Di Maio to Salvini is impressive, not consistency", underlines the secretary of the democratic party Maurizio Martina The rejoinder of the M5S is equally intense, with many references to the investigations that now concern the members of the family Renzi or that of the family Boschi.

Of course, the "bomb" of the Salvini investigation shakes not only the Italian political spectrum, where Lega and FI come together, on their anti-right positions. "Once again, the court has acted in an exclusively political affair with which it is absolutely not allowed to interfere", the message with which Silvio Berlusconi is & vicinity; & # 39; proximity & # 39; to Salvini. A closeness expressed by all the souls of the blue universe, even those furthest from the League, such as the president of the EU Parliament Antonio Tajani, who says he is "close" to the deputy prime minister and stresses the need for a "reform of the law". Difficult that the sudden return of peace between Berlusconi and Salvini has direct consequences for parliamentary acts. But in the case of Salvini's research, it is mainly the M5S that is forced to play a balancing role by applauding the Viminale's action for migrants, but at the same time showing autonomy from the League. "The judiciary can be clearly criticized, but never insulted: venting a political motive behind the action of the magistrates belongs to a political season that is now over", is the reasoning that the Minister of Justice entrusts Alfonso Bonafede with a post on facebook where, d & # 39; on the other hand, it repeats the compactness of the government over the Diciotti case.

And from South America, too, Alessandro Di Battista intervenes, his attention shifts to "Africa suffering" and Diciotti's case defines "a weapon of massive distraction". Words put forward by Beppe Grillo on his blog confirm that, for now, the founder M5S is not seeking to force the hand against the ally of the government.