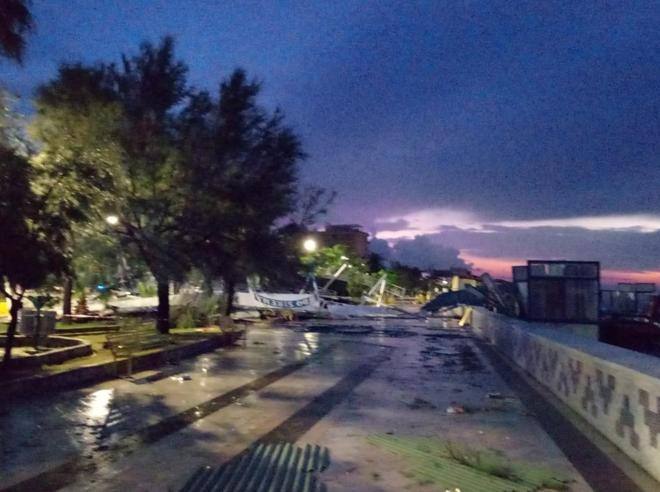 Storms and bad weather, with the risk of new hydrogeological instability. These are the weather forecasts for the coming days, with the yellow civil protection warning in six regions, including Calabria, just struck by the tragedy of Pollino, both on the Ionian and the Tyrrhenian side and where the yellow dot is the hydraulic risk, as in Sicily, the temporal risk (together with Basilicata and Sicily) and the hydrogeological risk, with Abruzzo, Sardinia, Sicily and Veneto.

Mediated day of storms and tornadoes

Meanwhile, Tuesday, August 21, a massive storm Massafra hit the Tarantino that caused flooding and discomfort. Some roads were literally flooded with mud and water, while an underpass was closed. Also in Calabria, in Catanzaro Lido, there was a tornado at night on the coast where some plants were destroyed. Every Tuesday, in Sardinia, in Bosa, a storm has flooded the country.

Meteorology, summer of storms: this is the reason

A disturbance of Scandinavia

The weather conditions on Italy are unlikely to undergo substantial changes, probably until the day of Friday, as Epson Weather meteorologists explain: the atmosphere remains unstable and therefore conducive to the formation of many storms, not only around the mountainous areas, but also locally in the places of the sea, especially those of the south and the big islands. In the meantime, the intense heat residual and temperatures are above the norm, especially in the North and in Tuscany, where the thermometer could even reach 35 degrees. From the weekend the temperature will change, with a disturbance from Scandinavia with downpours and a sharp fall in temperatures, especially in the north, while the south must remain outside, says Edoardo Ferrara di 3bmeteo, who still warns of thunder in the coming days: they will be found intense pieces, with the risk of some storms, hail and sudden gusts of wind.