Stupro Jesolo, the accused Senegalese: theft and obscene acts, can not be expelled 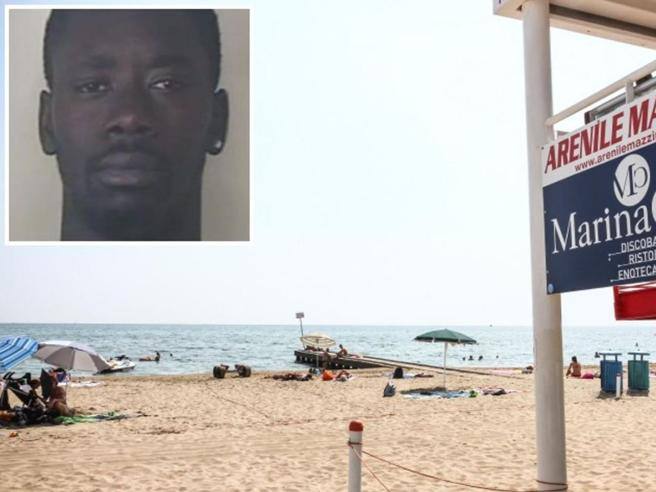 Nothing is less true than the tragic stories of the immigrants who arrived in Italy with a boat. That of the Senegalese Mohamed Gueye a completely different story. It is like the experience of someone who knows how to move in the shadow and who benefits from every legal and illegal chance that comes to him, even when it comes to stealing or, worse, sexual abuse of a 15-year-old girl on a beach.

The 25-year-old arrested by the police as responsible for the rape of Jesolo came in 2009 from Senegal to Italy on board a comfortable passenger plane landed at Marco Polo airport in Venice. It was not a case. Gueye had printed a tourist visa on the passport and was able to justify his journey with the desire to reach his sister who, until a few months ago, lived with her husband in a house in Marcon, a city on the Venetian mainland.

The neighbors say that Mohamed Gueye lived in that house for some time with his Italian partner and daughter had from her a few years ago. Then the two separated. He would leave while the woman would return to Venice to her parents' house and take the girl with her. the same woman to whom she refers with irony (what a good person, writes) the Minister of Internal Affairs Matteo Salvini when he says in a tweet that this worm can not be expelled.

Let's see why. After he arrived in Italy, Gueye received a residence permit that expired in 2013 and to which he followed, two years later the deportation was also linked to a number of crimes. He had committed obscene acts in a bus for horror and had resisted the agents who wanted to take him. In September 2015, he was also arrested because he stole 700 euros in Venice in the house of some of the students who had taken him to sleep after feeling sorry for them and said he did not know where to go. On the other hand, it seems that it has had no connection with drug trafficking. This shows that his criminal activity is not tied to the need to make money in a way to survive, because he is often the only one who finds illegal immigrants to sell drugs. A penalty that would have allowed the expulsion if it was not the case that the relative procedure stopped when Mohamed Gueye claimed that the daughter had an Italian, prevented his expulsion. this is what the Minister of the Interior, Matteo Salvini, speaks of.

While awaiting the pronouncement of the administrative authorities, he remains in Italy. For some time the Senegalese are trying to settle on the Adriatic coast, between Rimini and Riccione, perhaps also attracted by nightlife, or perhaps to try something else. The fact is that he returned to Veneto. For Marcon there are people who say that before the sister and brother-in-law separated, with the woman who would be repatriated to Senegal, Mohamed Gueye would be seen again a few months ago at home. Someone claims that there was also a daughter and that he would say that he wanted to put his head in order, had to be changed and had stopped drinking and using drugs. What happened in Jesolo and the accusation of sexual violence that brought him to the Venetian prison of Santa Maria Maggiore at the moment shows exactly the opposite.