«The candidate governor is from Forza Italia»

italy October 1, 2018 italy, Nation Comments Off on «The candidate governor is from Forza Italia» 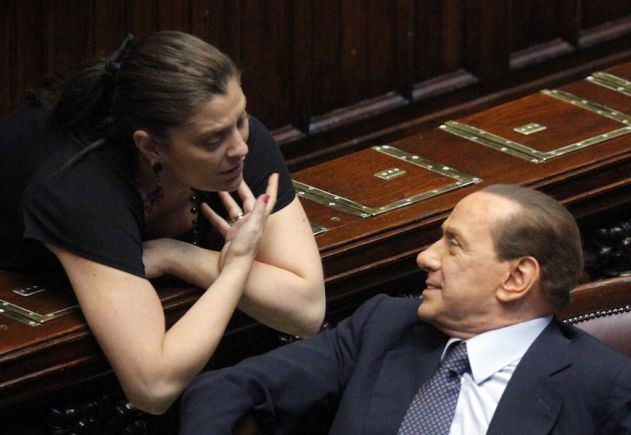 Coordination of the "forzisti" opens the phase that will lead to the campaign for the Regionals: "Unitary candidate already to the Europeanans"

«Forza Italia is ready to lead a broad coalition that can offer the Calabriers a program of clear changes and a serious alternative to the failed experience of Oliverio and the center». So, in a note, Jole Santelli announces that she has accompanied a meeting of regional coordination of Forza Italy "has formally entered the political phase that will lead in a very short time to the construction of the government program for the new Calabria and the an indication of the candidate governor who, according to the national agreements of the center, achieved the best Italian result in Forza Italy, a party that has achieved a considerable percentage in our region, by more than 20 percent.
"On this platform, coordination, attended by parliamentarians and regional councilors, was unanimous and confirmed a consolidated unit, a value also emphasized by President Silvio Berlusconi, who spoke by telephone during the meeting.
The president of the party – it is still in the memorandum – received a strong encouragement to continue on the path of unity and the construction of an alliance with all center-right parties and with the popular formations that want to contribute to this new phase of political life in Calabria ".
"Berlusconi, who expects a great result in the south in the forthcoming European elections, he said for sure – they still know Calabrian coercion – that the future president of Calabria will become a member of Forza Italia. that Forza Italia has an excellent ruling class capable of leading the coalition victorious and carrying out a program of radical transformation of the region, starting with the mayors of large cities that have shown political and administrative skills in their reality and that a concrete example of the change that must be realized in Calabria ".
Finally, regional "forced" coordination called for the Calabrian party to be able to express a united candidate in the forthcoming European elections that can compete victoriously and thus guarantee Calabria a direct link with Europe and its equipment. "In the coming weeks Forza Italia "will promote a first political table on which the historical allies of center rights (Lega, Fratelli d & # 39; Italia, Noi con l & # 39; Italia-UDC, Nuovo Cdu) and the popular groups who already showed interest in the change project" to finally reach a large conference of programs "held at the beginning of 2019".