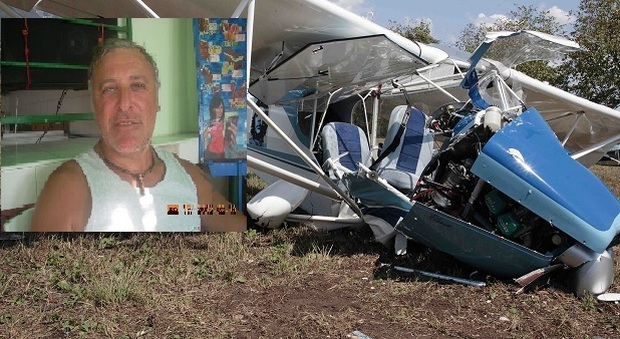 POLCENIGO – Tragic plane crash this morning, August 19, around 11 between the campaigns of Budoia and Polcenigo (Pordenone). An airplane ultra-light crashed to the ground ( PHOTO ). The pilot Alfiero Scarpat 61, a contractor recently retired living in San Giovanni di Polcenigo he died a few hours later, tonight ] August 19, shortly after 8.00 pm, after being seriously injured in the accident. As an experienced pilot, he tried to make an emergency landing smooth. It was still consciously drawn from the firefighters, who had to cut the sheets of the plane ( GUARDA IL VIDEO ), was then intubated and transferred by helicopter to the hospital of Udine, where, however, after hours of struggle between life and death, died in the evening, under the eyes of desperate relatives, for the serious injuries of crushing which he had reported.

THE REMAINS OF THE PLANE AFTER THE SCHIANTO – GUARDA IL VIDEO

SURFACE
At the arrival of the firefighters the pilot was stuck between the plates of the aircraft, which also showed conspicuous losses of fuel and there was therefore a risk of fire. With the help of hydraulic clamps, they then removed the injured man, who was subsequently looked after by the sanitary workers. At the same time the plane was secured.

Alfiero Scarpat was a passionate and very experienced pilot. He had left Cinto Caomaggiore with his ultra-light Zlin Aviation Savage. The accident seems to be due to a mechanical failure of the device.