The president of the republic Mattarella all "Elba:" Unacceptable death by perverse play in the chat " 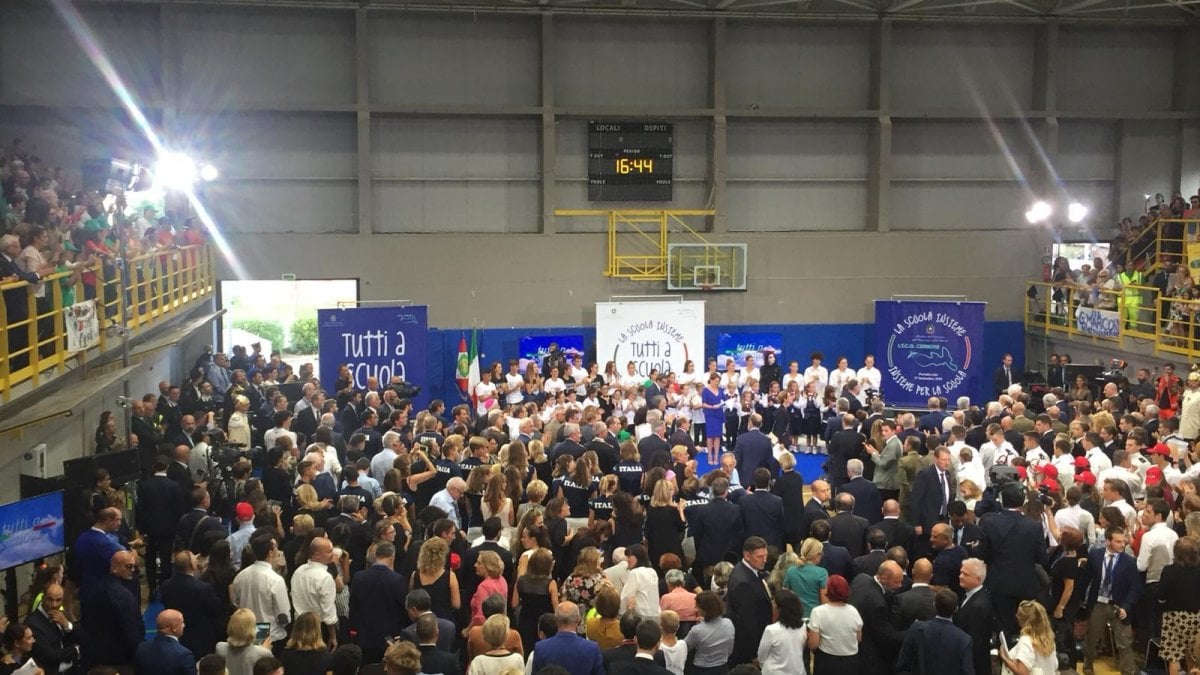 "Digital connections are large windows that are open to the world, and for our time, but there is also a dark side of the web, it is not acceptable for a fourteen-year-old boy to die as a result of emulation in a perverse chat." This was stated by the President of the Republic, Sergio Mattarella, speaking on the island of Elba during the inaugural ceremony of the school year.

"I'm in the neighborhood – the head of state added – to the deep suffering of the young Igor Majesty's family for this absurd and cruel death, and we need to ask ourselves what to do to prevent such tragedies. young people must be able to be accompanied and persistent, sheltered from serious and sometimes deadly traps, carried on the network, and families can not be left alone in this work, and the school can do a lot to help them. "

"Young people run ahead, but adults have to try to follow and guide their pace.The web is an area of ​​freedom and by definition censorship does not deserve, but it can not be transformed in any way into a parallel world and uncontrolled in which everything is done with impunity: a self-respecting community must be able to protect its youth against such dangers: the government and parliament – Mattarella concluded – are called to tackle this social problem ".

"We can not ignore the fact that something is stuck, that some of the tissue in society is torn apart.A few serious violent incidents – parents who have attacked their children's teachers – are a warning sign that should not be underestimated. destructive than the student bully, whose refusal grows more and more in the minds of students, at school and on the web ". This was stated by President Sergio Mattarella at the inauguration of the school year.

"Studying on a small island means less security than others," says Sergio Ortelli, the mayor of the island of Giglio. He is not in Elba today for the inauguration of the school year with the President of the Republic, Sergio Mattarella, and with the Minister of Education Marco Bussetti. There is only the symbolic value of this choice: "Those who study on the islands are punished: it is difficult to find teachers, traveling back and forth on ferries is not easy and bad weather often there are no links". And then the numbers are down and every year the classes hold a battle.

That is why the Ministry of Education decided this year to choose an island, Elba, for the inaugural ceremony of the school year for a thousand students who came to Portoferraio from different schools in Italy. The storm forced a change of program and transferred the ceremony from the courtyard of the commercial technical institute and the Surveyors "Cerboni" to the nearby sports hall. The event will be broadcast live by Rai Uno and presented by Claudia Gerini and Flavio Insinna with the collaboration of artists and singers, from Paola Cortellesi to Fabrizio Moro and Lorenzo Baglioni. Among the guests there are numerous sports champions, starting with the elbano Francesco Costa, a champion in the bob. In the audience the authorities: the mayor Filippo Nogarin came from Livorno.

"Everyone at school" – this is the name of the event – was originally housed in the courtyard of the Quirinale, but since four years it has been traveling around. The Ministry has selected eight schools to present their performances on themes ranging from ecology to integration, from ecological sustainability to legality to interculture. Once they have landed on the island, the president Mattarella and the minister Bussetti make a stop at the institute Pascoli for a musical performance by the students. It is the first time that a President of the Republic lands on the Tuscan island during an official visit.

In the audience there are among others the students of the all-encompassing institute Guglionesi, in the province of Campobasso, in Molise: this year they can not return to their lessons. The August 16 earthquake has made the high school rooms unusable and therefore the 800 pupils of the school will have to keep themselves in the other two structures that are still standing. "These were very difficult days for us, a real race against the clock – says the director, Maria Maddalena Chimisso – who has been invited to the inauguration of the school year in Elba, however, is a sign of closeness." Delegations some Genoese schools also listened to the president of the republic. Also in the third row was the teacher of Minister Bussetti, Nicolina, her teacher at primary school.

The students of the educational management of Fidenza, in the province of Parma, also on the ferry that brought them to Elba, are ready to be handed out by the President of the Republic of Mattarella. "They have made a video about Article 52 of the Constitution, which talks about defending the fatherland and integration – explains the director, Lorenza Pellegrini – at our school, with a very strong migration impact, there are 1,300 students and many of them them come from distant countries ". Then there are the boys from the Murmura Institute in Vibo Valentia, Calabria: "I would like to ask President Mattarella to put the lockers and table football at our school – says Gabriele, 12, dressed in shirt and coat – and then I would they ask to make sure the vandals no longer come in and are kept away, they have destroyed our soccer field and left beers and broken glass ".