"The whole bridge was sick". Skipano Ferrazza and Brencich from the inspection committee of MIT 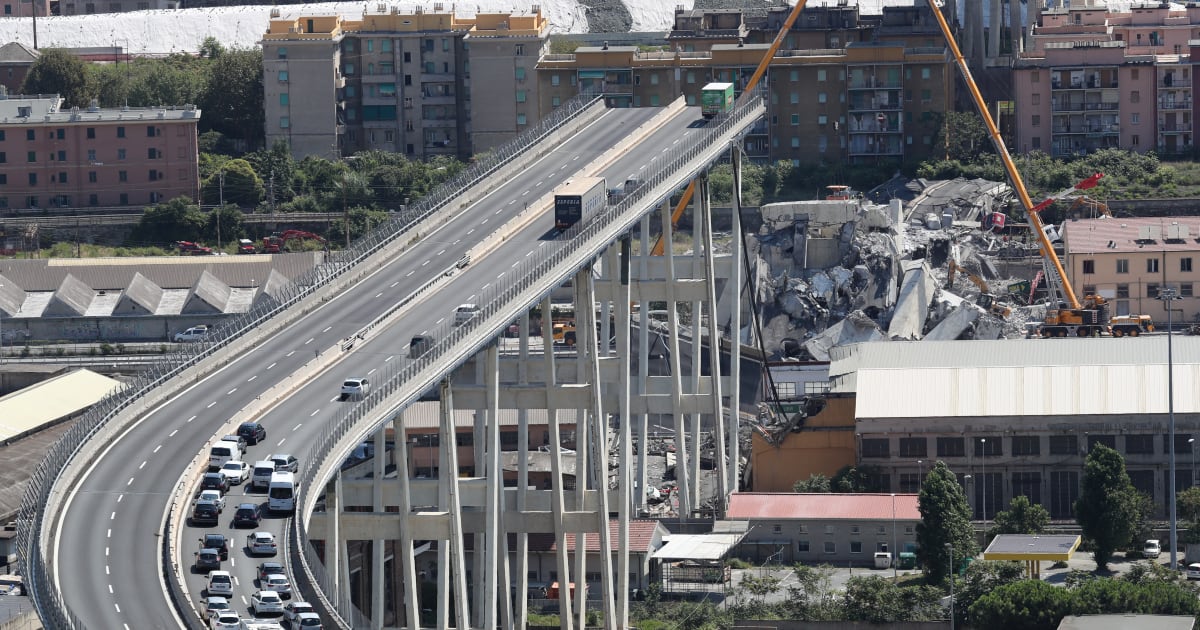 The bridge was sick. Everything. Not just the eastern part. Even the circumstances of the Western Stump "are serious, if not very serious". To say that they are not documents from the past years, but experts appointed by the public prosecutors who have carried out an inspection in the past few hours. The hub is central and to create it is the same procurator of Genoa, Francesco Cozzi, who has not yet allowed the release of the remains of the viaduct. "It must be determined – he said – if there were any underestimations". Also because that state of decay is "before the collapse of the viaduct" of 14 August. The investigation will see the first suspects in the first days and twenty people can enter the register. But for now "there is no list of names", repeated Cozzi, who together with the added Paolo D & # 39; Ovidio co-ordinated the investigation into the collapse entrusted to the pm Walter Cotugno and Massimo Terrile.

The file therefore remains with unknown persons for the crimes of a negligent attack on the safety of transport, multiple culpable murders and culpable disaster. The procedures are progressing quickly. The Guardia di Finanza returned for the second consecutive day to the offices of Società Autostrade in Genoa, Florence and Rome, where he took up a lot of material. Below all correspondence between Autostrade and the Ministry of Infrastructure with regard to the Morandi Bridge and the copy of the data in the sims of 15 mobile managers, including the top of the company, the President Fabio Cerchiai, the Giovanni Castellucci and the Director of the Genoa tribe Stefano Marigliani: the focus is mainly on e-mails. Then there is the PC and there is a copy of the e-mail server, an operation that takes at least three or four days of work. Some managers of the company would also have been heard while people were aware of the facts. If necessary, it is not excluded that the Financing can also go to the central and peripheral offices of the Ministry of Infrastructure.

"We will continue with other acquisitions," Cozzi said, underlining that "some are very important" among the Autostrade cards. And now they will also be related to the reliefs on the western part of the bridge: these inspections were done in the last hours by the experts of the prosecutors. Those on the eastern stump, instead – showing that the pylon 10, which remained standing, has a degree of deterioration higher than that of the collapsed pylon – are taken from the controls carried out by Autostrade per l & # 39; and linked to the executive consolidation project of the bridge in October 2017. The public prosecutor also indicated that there is provisionally "no request for a probationary period". Once the registrations have been formalized in the register of suspects, a request to the examining magistrate by the prosecutors to essentially get an anticipation of the contradiction between the parties to crystallize the evidence. For now, the experts from the Public Prosecutions Department will continue to collect finds. "If the Morandi bridge has to be demolished – said the public prosecutor – we will ask our advisors to do so in such a way that useful material is protected at research level". And it is clear that between the hypothesis of the use of explosive charges and that of a disassembly, the Prosecution prefers the latter. Autostrade had until Friday to present a plan. In the meantime, the public prosecutor has stated that he has not yet given permission to release the two abutments of the viaduct.

In the meantime, the controversy about the presence of the supervisory committee of the Ministry of Roberto Ferrazza and Antonio Brencich has been resolved with the departure of the two interested parties. In the evenings, the ministry announced that Professor Brencich had resigned and that Minister Danilo Toninelli had given a mandate for the revocation of the function of chairman of the commission for the architect Ferrazza "on grounds of possibility with regard to to all institutions involved in this story ". The committee will be accompanied by Alfredo Principio Mortellaro, director of the Public Works Council.