there was no formal order at the stop 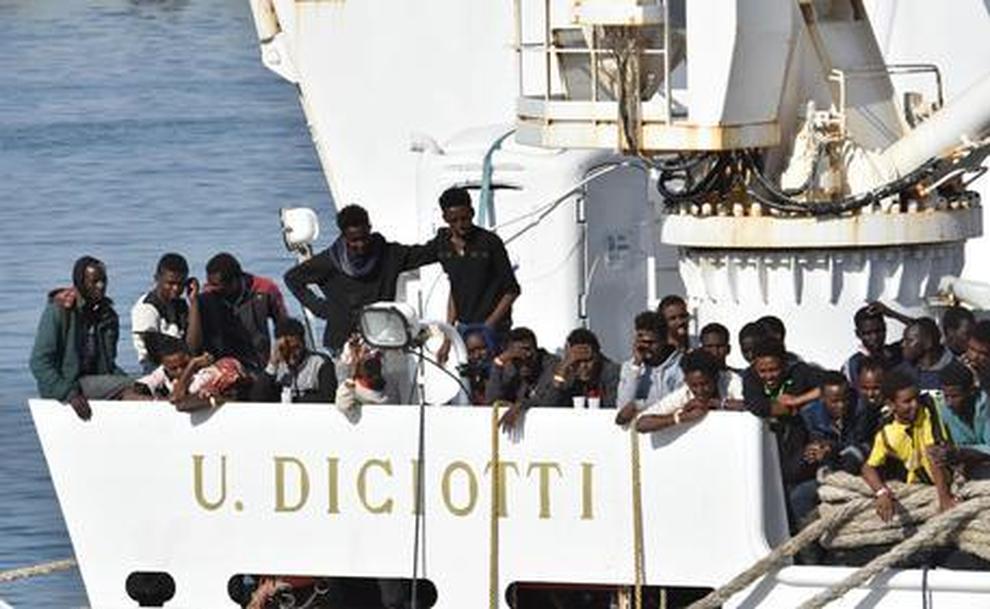 The ship Diciotti has not found a port for ten days to land migrants who have been rescued outside Malta. In Lampedusa no. Not in Catania either. Eventually everyone went ashore: first unaccompanied minors and women to be treated, then all others. Who gave the stop, who gave the orders, who allowed the landing? The "command structure" seems to be wrapped in nebulae.

There has never been a formal assignment. No one seems to have said clearly to the commander of the ship, the frigate captain Massimo Kothmeir, which way to follow and how to manage the migrants on board, apart from humanitarian aid. A statement is not found between the newspapers and the testimony of the investigation against the Minister Matteo Salvini, the only person who was investigated for kidnapping an aggravated person.

The Court of Ministers, chaired by Fabio Pilato, is thus confronted with a confused and smoky knot. Not the first. For days the judges try to solve the problem of competence. It would remain in Palermo if the place where the stop arrived, as has been believed so far, is the sea of ​​Lampedusa. It would go to Catania if it would ensure that the layout had arrived in that port instead, where the Diciotti was moored. The question is open because the research has not yet ascended along the hierarchical ladder so that the order of the block would be branched to arrive at the commander of the ship.

The Agrigento Public Prosecutor, Luigi Patronaggio, was convinced that the responsibility of the bloc, even in the absence of a formal order, was the Minister Salvini who had been politically attuned to the immediate landing from the outset and before an agreement on the distribution migrants. Salvini will be heard, but only in the final phase of the investigation when the responsibility framework needs to be clearer. At present, the lack of an order, as an inevitable consequence, implies an extension of time. In fact, the judges are planning a lengthy preliminary investigation into the different fronts of the lawsuit.

On the table is the request of the Palermo Attorney for a series of testimonial exams, with which we try to understand the routine contacts between the eighteen, the commander of the Coast Guard and the Ministry of the Interior. The name of the commander of the Diciotti, whose court expects a decisive enlightening contribution, opens the list of people to be heard.

An unofficial or even definitive list is published at the courthouse. It includes, among others, the Chief of Staff of Salvini, Matteo Piantedosi, who had classified the prosecutors of Agrigento as being examined, while he was a witness for Palermo. And then the captains of the port authorities of Porto Empedocle and Catania, the head of the maritime district office of Lampedusa, the head of the ministry of civil liberties, Gerarda Pantalone, and his deputy Bruno Corda. The list could be more fed with regard to the need for thorough investigation and confirmation of the investigation by the Court of Ministers. After the questioning of Salvini, who will close the verification phase, the next step will be to file the case or ask permission to proceed to the Senate. During the judges 90 days have the time.