They carried 550 kilos of marijuana from Albania, arrested two smugglers after their pursuit at sea 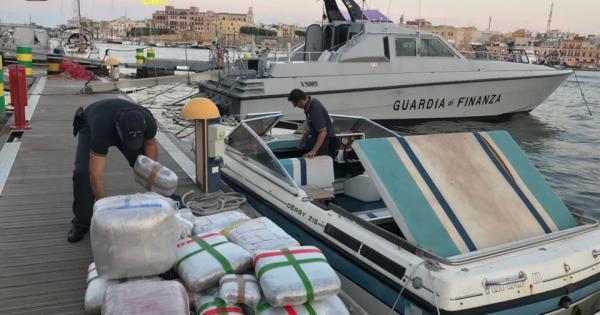 The Guardia di Finanza seized more than half a ton of marijuana in an air-navy operation yesterday afternoon. A motorboat was blocked off the coast of Brindisi and the two smugglers were arrested. The Yellow Flames observed the boat, which was on its way to the Italian coasts with the waterline of the rather low hull. The financiers have ordered the alt to the speedboat, but it has disappeared and tried to increase the speed to avoid control. However, the watchdogs managed to stop it: 67 marijuana packages were on board, for a total weight of 550 kilos (on the retail market that would have yielded about 5 million euros). The two smugglers, Albanians, a 29-year-old and a 33-year-old were arrested for detention and international drug trafficking.