Thunderstorms in Milan, the Seveso radiates. «It went up 2.5 meters in 25 minutes» 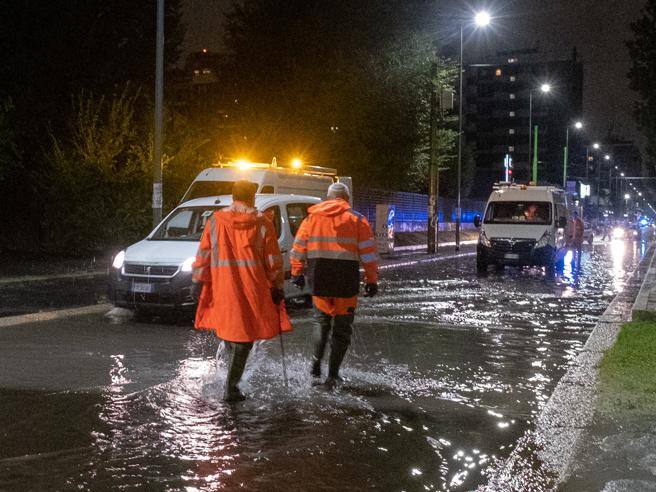 The Seveso river level rose 2.5 meters in 25 minutes. Ten centimeters per minute. So much so that the watercourse rose last night until he went under water around half past eight via Valfurva, the crossroads of the Viale Ca "Granda in Niguarda. The drain did not absorb the large quantities of water that were poured over Milan in a few minutes. "So ?? s climbing rate has never been seen," said the Commissioner for Mobility and Environment Marco Granelli, and only the significant improvement in weather conditions has prevented further damage to things and people. The situation is back within half an hour. However, it took only a few tens of minutes of rain to flood Viale Fulvio Testi to the suburbs. Local police units, Civil Protection and Mm arrived immediately on the spot. Firefighters also intervened in other parts of the city because of flooding in buildings and basements, while some areas were closed to prevent access.

Milan, half an hour of rain and the Seveso exits in the Niguarda area

During the night the municipal operational center remained via Drago to keep following the levels of both the Seveso River (the last flooding dates back to July 5) and the Lambro, which overflowed yesterday between Milan, Cologno Monzese and Monza.

At Niguarda traders and residents have used up their patience, also because in the past forty years the Seveso floods have exceeded more than a hundred episodes. "One of the first storms of the season, not too strong and we are already on a landing – says Giorgio Bugliesi from the association of Niguarda exhibitors – it is not beautiful." When the water levels rise, the first areas should be hit piazzale Istria and the area upstream of the intersection between via Bauer and via Ornato. "The biggest risk is for cellars and houses, there are few shops there, and the last time the oratory of San Martino flooded." A year or so the situation seemed to have improved, apart from a few small episodes such as those of last July. "The drainage and the manholes caused worse damage." However, yesterday the water rose too quickly and all the measures that have been in the field so far taken, the Seveso's anger has not been curbed, the residents now live with sandbags ready when needed and the rubber boots are removed from the house when it rains too much. Those who remember the eight floods experienced in 2016 and the scarce funding received for damage.

Stay informed of the conversations with Stadhuis 9 and neighbors. "The administration is fast at providing information," acknowledges Carlo Proserpio, from Asco Pratocentenaro, the local merchants association. However, the request is definitive solutions and no buffer measures to prevent disasters.