Trentino: Agitu Idea Gudeta, the girl who raises goats. «I am threatened with death» 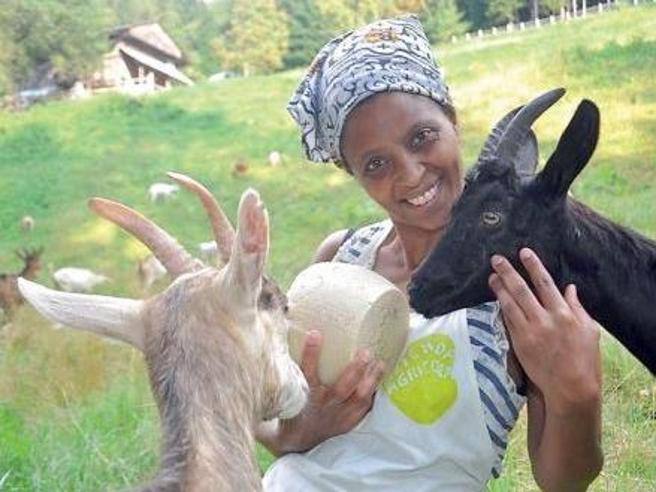 Ugly negro, I'll kill you, go back to your country. These are just a few offenses of Agitu Ideo Gudeta, a 40-year-old girl of Ethiopian descent who is known in the mountains of Trentino Alto Adige as the queen of the happy goats because of her integration story (recently also told by the New York Times, ed). Arrived in Italy when she was 18, to study Sociology at the University of Trento, she returned to her country, in Addis Ababa, from where she was forced to flee in 2010 for the government's threats led by the Liberation Front of the Tigr (Tplf), in power since 1991. In Frassilongo, in the Mocheni Valley, he has run a goat farm and a dairy in a structure that – unsurprisingly – the name The happy goat (the unpolluted pasture expands on 11 hectares land, recovered from abandonment).

Do not be afraid of the challenges and obstacles agriculture poses for women, or even the risk of their herd being attacked by bears. To protect her animals, for her as children, she took a number of countermeasures: as she says on the site, for example when I see footprints or signs of their presence, I close myself in the car with fireworks. Just make a little noise. For about a year his life has become impossible due to death threats, racist insults, damage and even physical attacks by a man who lives in the area.

Agitu, queen of happy goats threatened with death in Trentino

You have no end, the tires of the car pierced in the night, damage to the machines and insults. Things have degenerated in recent months. The situation became untenable from June onwards, he said IlDolomiti.it. One day, while working on the milking machine, she was seized from behind: a man took me by the neck and shouted that I was killing you, you had to die, he explained. I managed to free myself by kicking him and I ran home. I called the carabinieri and I condemned what happened, even managed to photograph him while I dropped the wheels of the car. The violence did not stop at her: I found one of my dead goats, with a breast removed from a cutting weapon, she explained.

After the complaint was submitted to the Carabinieri, Trento's public prosecutor opened an investigation. Has been living in Trentino for a long time, the woman who now owns a farm and in the light of a series of episodes has filed a complaint against a man who lives in his neighborhood and who is not of mocha origin. The carabinieri of Borgo Valsugana also investigate the affair.
The hope that the police, alert to the incident, can stop the culprit. Many solidarity demonstrations against women came on social media.