Wall Street Journal: "Italy is a danger to the euro". Salvini: «Strong forces want to cut us off» 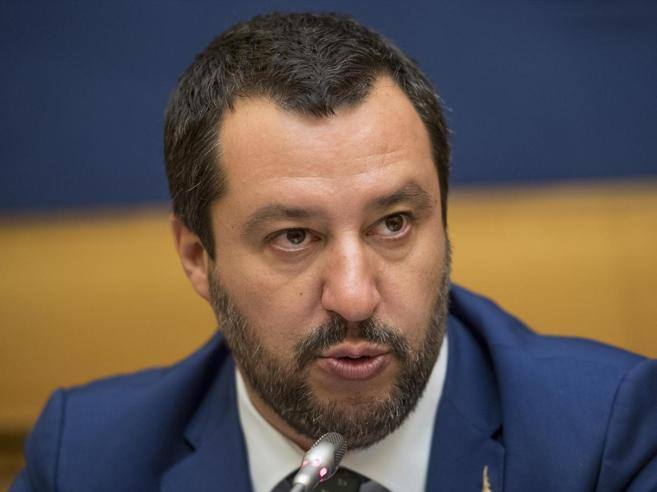 The first was Giancarlo Giorgetti ten days ago: "I expect the attack, the markets are populated by hungry speculative funds that choose and act on their prey". Words, that of the Vice-President of the Council's President, who had shaken the political scene and who were immediately collected by other members of the government. Like Luigi Di Maio, who had immediately said that he was ready to respond when the dreaded storm would hit the markets: "If someone wants to use the markets against the government, know that we are not blackmailed." At Palazzo Chigi there is no Berlusconi who renounced his businesses ».

The article in the Wall Street Journal

On 19 August, in order to resume the subject of a possible attack on the government and "Italian experiment" by the international "strong powers", Matteo Salvini, with a firm warning: "They will try to shut us down, but we will not a millimeter back, almost to open a preventive polemic front, also – perhaps – by responding to an article by Wall Street Journalaccording to which the end of the «long marathon» to save Greece marks the «closing of the crisis in the euro zone», if it were not «for Italy and the annoying fear that the euro is not so stable». A "danger", the Italian, represented by the "market shocks" revived last week on the Italian debt and the new attacks againstestablishment by politicians in Rome ", which could lead to a" destabilizing flight of capital. "The financial paper explains that the decisive test bench will be in the fall when" the Italian populist government will have to present the budget law and explain how it will cover expensive promises to voters ".

The counter-offensive of Salvini

And Salvini perfectly observes the message, so well that he goes on to the counter-offensive. "This government – says the deputy prime minister – has left two and a half months, has done things well, and the Italians' appreciation is at a historic high point.We insure – we are happy, but there is someone who is less happy, because if with this government Italy does not appear to be dependent on the usual strong forces, by bankers, financiers, who are terrified because other countries could do this. »Therefore, Salvini denounces" they will try in all possible ways the Italian experiment with the government debt, to stop the proliferation, reduction of credit rating agencies, recall campaigns and penalties. »A loud cry of alarm when the government has to take control of the budget legislation, where positions have been held for weeks that do not coincide with the parts of the majority, both with the minister of Economics Tria, as with choices to be made and covers, Salvini seems to think when he asks his people for to make himself heard, in support of the government and his party's action: "We – warns – do not go back one millimeter, but when they start to beat, you need your reaction. "