CIA agent in the Secret War of the Cold War … ‘Call of Duty: Black Ops Cold War’ released on the 13th

korea November 12, 2020 korea Comments Off on CIA agent in the Secret War of the Cold War … ‘Call of Duty: Black Ops Cold War’ released on the 13th 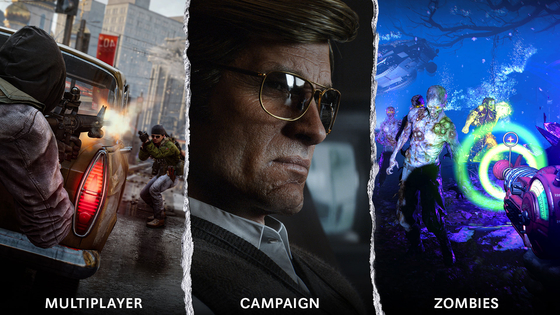 The Secret War of the Cold War begins.

The FPS game ‘Call of Duty: Black Ops Cold War’ with a cold background will be released on the 13th.

Call of Duty: Black Ops Cold War is the next generation of the Black Ops series of the classic FPS game Call of Duty.

You can enjoy four fun campaigns: multiplayer, zombie and warzone.

In the single player campaign, a thrilling story unfolds, including the return of popular characters such as Alex Mason, Frank Woods and Jason Hudson.

Players can play as masons, create their own agents, and be part of a task force led by the CIA, a global threat called Perseus, a Soviet agent who disappears for decades and then reappears to break the balance of the Cold War. Is committed to the operation to find it.

The multiplayer mode offers more variety in fun and competition through modified armament and an improved progression system.

Players compete with the Call of Duty community in a variety of traditional multiplayer modes such as Team Deathmatch, Conquest and Individual Battles, as well as a 6v6 mode with a variety of objectives, including VIP Escorts and Returned Control.

Experience the thrill of 12v12 combat aboard a vehicle in co-op mode, or challenge yourself to an all-out battle as 10 squads from 4 squads vie for supremacy on the largest multiplayer battlefield in Black Ops history.

Players will be able to fight with equipment that can be customized from class creation to the very painstaking level, and they can further develop their skills through multipurpose special abilities and rule-free wildcards tailored to their playing style. .

Destroy your enemies and achieve your goals, earn a score streak that includes powerful rewards, from deadly weapons to air planes that will bring massive impact and fear into battle.

It is also noteworthy that the operator Kwon Song, who hailed from the Korean special forces, appears in multiplayer with the release.

In Zombie Co-op mode, you must investigate and suppress supernatural anomalies in the world, be part of Requiem, an international response team led by the CIA led by Gregory Weaver, and defeat the horror undead army with up to three other agents. Fall into the battle experience.

Face-to-face and competition with rival Omega Group, a rival organization tasked with investigating these anomalies led by the Soviet Union, Requiem agents use upgradeable perks and Cold War weapons to wipe out the waves of the undead and dozens to overthrow the world order. You have to discover a year old secret.

In Zombies, you can enjoy arcade-style cooperative combat and join your teammates in challenging new arenas, open world spaces, bonus areas and randomly generated dungeons to survive as long as possible in a variety of environments.

You can access Call of Duty: Warzone directly from the Call of Duty: Black Ops Cold War menu. Playable by anyone for free, Warzone attracts up to 150 players and jumps into the vast but uninterrupted world of Verdansk to take action non-stop.

With the release of Cold War, players will be able to meet Cold War-themed Black Ops operators in Warzone, and when Cold War Season 1 begins, new weapons and new experiences will also be available.

Call of Duty: Black Ops Cold War is available for PlayStation 4, Xbox One and Battle.net access on PC. The PC version can be purchased by choosing one of two editions: Standard Edition (49,000 won) and Ultimate Edition (85,000 won).

In Korea, voice and text will be fully localized in Korean, allowing players to fully experience the action in the highly pristine Black Ops Cold War, and it will be released in a version where language options can be selected according to taste.

In addition, anyone in Blizzard members’ rural PC rooms can enjoy the Black Ops Cold War multiplayer mode with 50% extra experience, weapons experience and unlocking all operators without purchasing this game.