A car crashes into a mosquito … 6 people thought 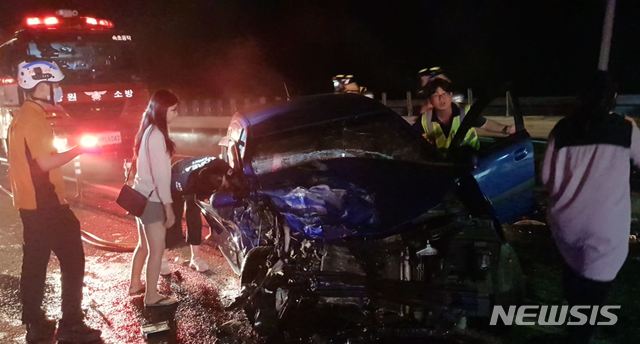 Six people died in a car that collided with a passenger car at the entrance of the Misiryeong tunnel in To Sung-Myeon, Goseong-gun, Gangwon province, killing two people.

According to the Gosung police, the accident occurred at 11:41 am on the 20th, when a Soul passenger car and a Pride passenger car collided with each other in the direction of Inje at the Gyeonggi tunnel in Wonam myeon, Gosung myeon, Goseong-gun.

The accident killed Soul driver Kimo (59) and Kim (54) who were in the passenger seat. Kim (24) and the Brazilian woman (26) who were sitting in the back seat were also seriously injured and were transferred to a nearby hospital.

Pride driver Jeong Mo (54) and passenger Chung Mo (66) have also been seriously injured and transferred to hospital for treatment.

The police are investigating further details of the accident.