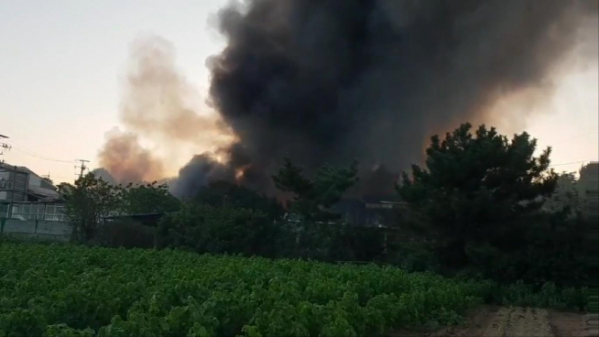 On the afternoon of the 5th fire broke out in a non-woven production factory in Anseong-si, Gyeonggi province.

It was confirmed that there were no victims. The fire burned two of the four buildings in the factory building with sandwich panel construction.

When fire broke out, the fire department gave a response from step 1, and about 30 people including pump cars, firefighters and other 70 people were involved in the evacuation. The fire broke out in 3 hours and 40 minutes.

The police and the fire department investigate the exact cause of the fire.