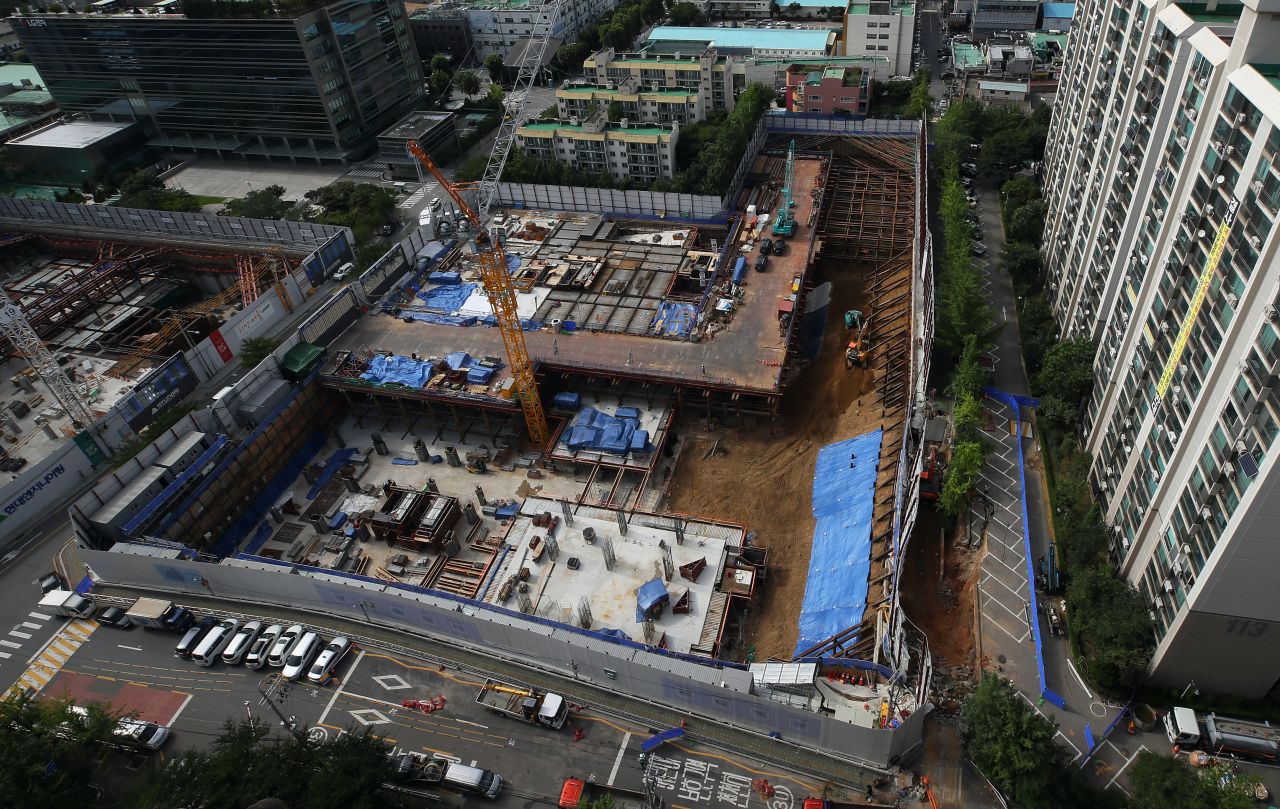 [아시아경제 김형민 기자] It was confirmed that the ground around the building site of the new Gaesan-dong building, Geumcheon-gu, Seoul, where the accident occurred, was stable. Based on the opinion of experts, the Geumcheon District has also determined that residents of apartments near the site of the accident must be able to return home.

"I could not confirm abnormal signs due to analyzing the measured values ​​of the measuring instruments," said Geumcheongu, a resident briefing session held at the Gasan-dong Residents Center on the 2nd. "I have been informed that the soil is stable and confirmed by experts. "The temporary restoration work will be completed before Wednesday, but it may take a month on Monday due to rain," he said. "Even after the temporary restoration has been completed,.