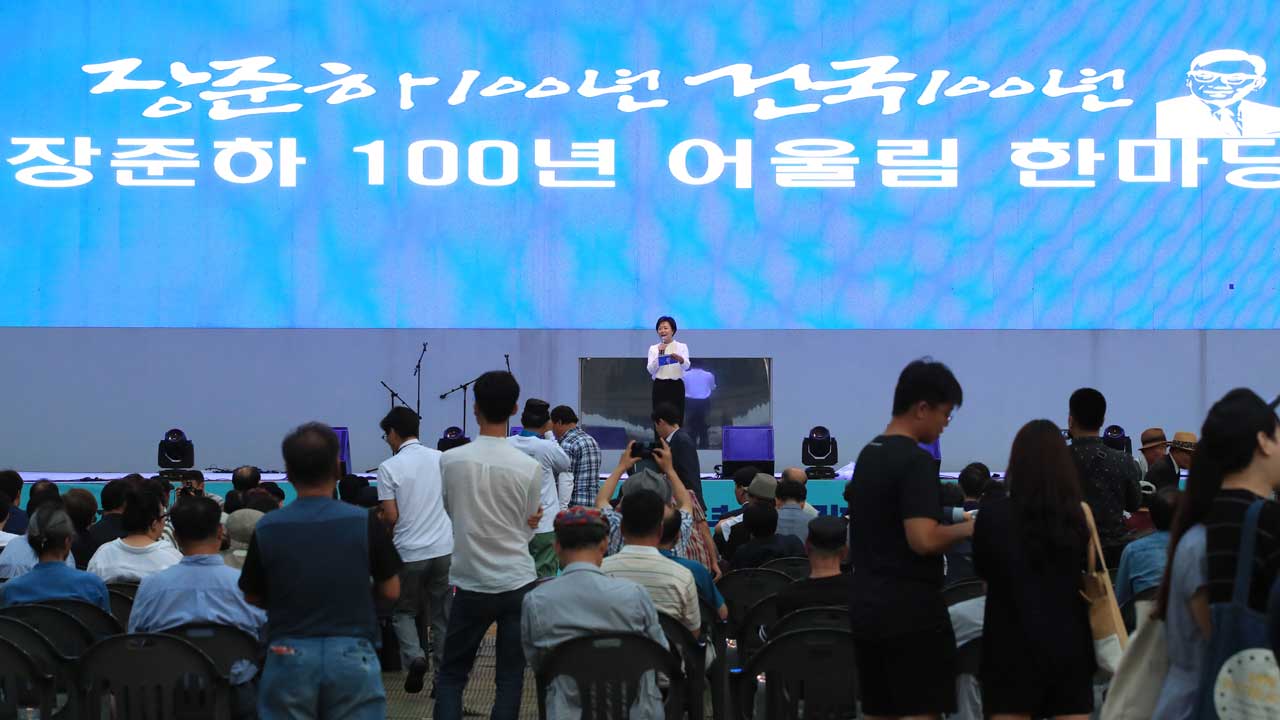 A ceremony was held in Seoul to celebrate the 100th anniversary of the birth of the independence activist Jang Jun-ha and to ask for clarification on the question.

The committee of the 100th year Jang Jun-ha said: "By the message of Jang Jun-ha's 100th year," "The biggest starting point of the next 100 years is" peace "and" using the footprints of the main teacher independence, democracy, Let's practice. "

President Chung Dong Young, president of the Democratic Party, Kim Hae Young and Democratic Peace, was also present at the event, calling for the adoption of the special law on the liquidation of the past for the truth of the case and the realization of clarity.

Park Won – soon, mayor of Seoul, said: "The teacher struggled to do everything for our independence, and after the liberation we devoted everything to the dictatorship." "When we think about the teacher's love for the country and history, it's clear how you can move on."

Jang was a representative independence activist who worked in the Republic of Korea and the Provisional Government during Japanese colonial rule and died on August 17, 1975, when he climbed Mount Yakushi in Pocheon, Gyeonggi Province.

There was a suspicion of the murder by a power organization, and it was confirmed that there was a hole in the right side of the skull as a result of examination of the axis at the time of the last tomb in 2012,