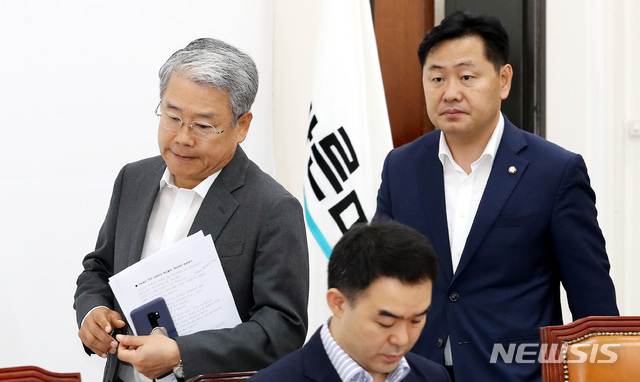 Kim said: "The government of the Moon Jae-in has been assessing the current minister for more than a year and is about to be fired."

He said: "In particular, the Minister of Education" Kim Sang-don said: "I do not think I can do anything about the proposal for the abolition of the special high school, the absolute evaluation of all colleges and universities, and the revision of the replacement system that did not get anything back. "

Kim said:" Minister Kim said it was a useful example of how the public should think about the reorganization of the substitution system.

Kim Kwan- young, the head of the National Defense Ministry, told Song Hyung-moo, the minister of national defense, He said: "The unknown appearance with the deputy commander of the National Assembly has revealed his restrictions as minister." He urged minister Song to resign. "