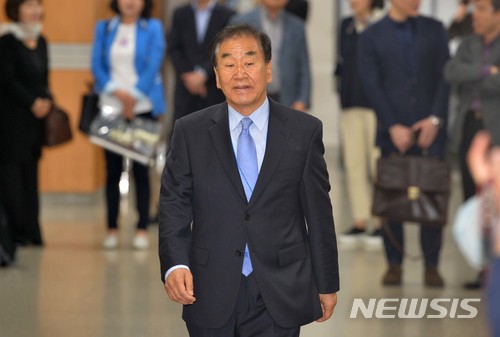 Rep. Lee Jae-oh (73), a former prime minister of the ruling liberal-democratic party, who was found guilty in 1972 after a protest against the Yushin regime in 1972, will be held again in three years' time.

According to a law enforcement official on the 17th, the Supreme Court opens Detective Dept. 10 (Park Hyung-joon, a judge) the investigation into the suspicion of violation of the anti-communism law against the standing advisor at 10:30 am on the 18th. It will be an interview in three years since April 2015.

This permanent advisor was handed over to the court in 1972 after he had been identified as a man behind the anti-anti-legislation of Seoul National University. In 1974 he was sentenced to the court of appeal and sentenced for almost two years. The court ruled in 2014.

"I did not know why, and it did not open for three years," he said. "I will attend the court with my lawyer."

Previously, he served as an actor who accused human rights violations in 1976, but he also spent his life in prison for violating no. 9 emergency measures. The court was acquitted in October 2013.