Prime Minister Lee said: "Do not miss the flow of statistics." 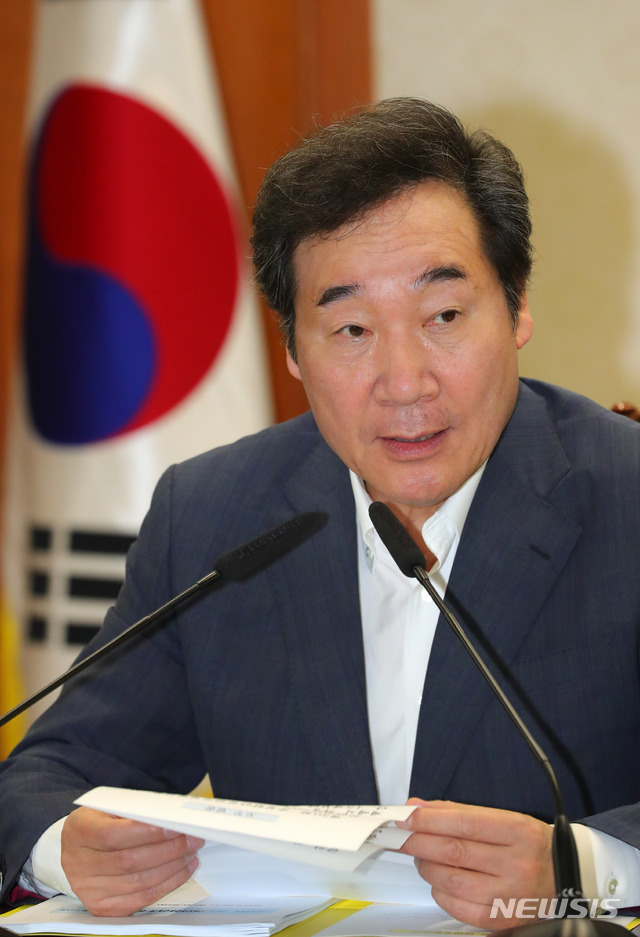 Prime Minister Lee Nak-yeon of the ruling Liberal Democratic Party said on August 28: "The statistics should not be missed by the statistics.

Lee said, "We must use all the policies that the government can use wisely to help any of the suffering people," Prime Minister Lee said this morning in the Seoul government building.

The meeting was held amidst media reports that Korean society has recently created a "work shock & # 39; has gone through to diagnose the employment situation and find countermeasures. In the July employment report released by the National Statistical Office last year, the number of employed workers increased by 5,000 last month compared to the same month of last year, which increased the criticism of the government's economic policy, including income-driven growth and minimum wage increases.

"With regard to the recent employment situation, Prime Minister Lee remarked:" Labor participation and the number of regular employees is increasing and the earnings of the wage earners are rising. "However, the increase in the number of working employees is rapidly decreasing and the number of unemployed has recently increased." I have been hit hard by temporary workers and daily workers, such as production workers and the self-employed, such as shipbuilders and cars. "

"Premier Lee said:" According to the National Bureau of Statistics, Korea has entered an old age past the aging society and the aging population is the fastest growing in the world. "The production population from 15 to 64 has declined since last year and there are fewer people at lower age among them."

"Our society is making a huge change," he said. "Consumption patterns change not only because of the demographic structure, but also because online purchases are increasing rapidly and the number of drinks is decreasing." "In the economy, large production sectors such as shipbuilding and cars are undergoing restructuring and changes are being implemented as a result of policies such as drastic increases in the minimum wage."

The prime minister stressed: "The government should take a position to look at the big changes and look at the suffering of each of the people," he said. . "Do not settle for hopeful figures, do not be afraid of pessimistic figures," he said. "We have to face reality and confront reality."

The meeting was attended by the Ministers of related departments such as the Ministry of Employment and Labor, the 4th Committee-Chairman of the Industry, Byung-Kyu Chang, the Vice-President Lee Mok-hee, the Korea Development Institute, President Choi Jeong- pyo and the head of the Labor Institute.