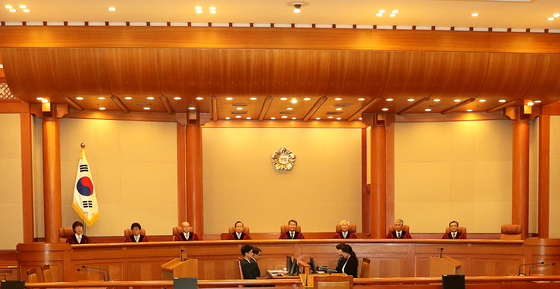 Welfare, public service and mine removal

The part where the biggest difference is revealed Is responsible. Legislator Jeon Seol-cheol of the Democratic Party and Park Jae-min stated that the task of replacement service personnel is "work related to social welfare or public interest". Legislator Lee Chul-hee of the Democratic Party and future legislator Kim Jong-ro said: "Social welfare, social services such as health care and medical care needed for the public interest, and public interest-related services such as disaster recovery and relief were specified as areas with high physical and mental problems

Although the ruling party and the future party represent the work of social welfare and the common good, Korean legislators have specified concrete military tasks in the bill. "The South Korean legislator Lee Jongmyong determined measures as & # 39; peace-promoting tasks such as demining & # 39 ;, & # 39; research and discovery of deaths and deaths from war dead & # 39 ;, and & # 39; veterinary services such as support by veterans in hospitals & # 39 ;. "The inclusion of mine clearance in the work reflects the view that it is appropriate to participate in the elimination of weapons of mass destruction, as the substitute military refused to join, depending on religion, nonviolence and pacifist beliefs, "Lee said.

Kim Hak-yong has a similar invoice in the account. In particular, Kim & # 39; s legislation does not include a substitute service for social services, so that alternative service personnel do not overlap with the personnel currently being operated.

Legislators of the democratic party Lee Chul-hee, Park Jae-min (5th and 6th from the left), PSPD members and representatives of civil society organizations such as the military human rights center insisted on parliamentary elections to replace conscientious objections. I have a press conference.