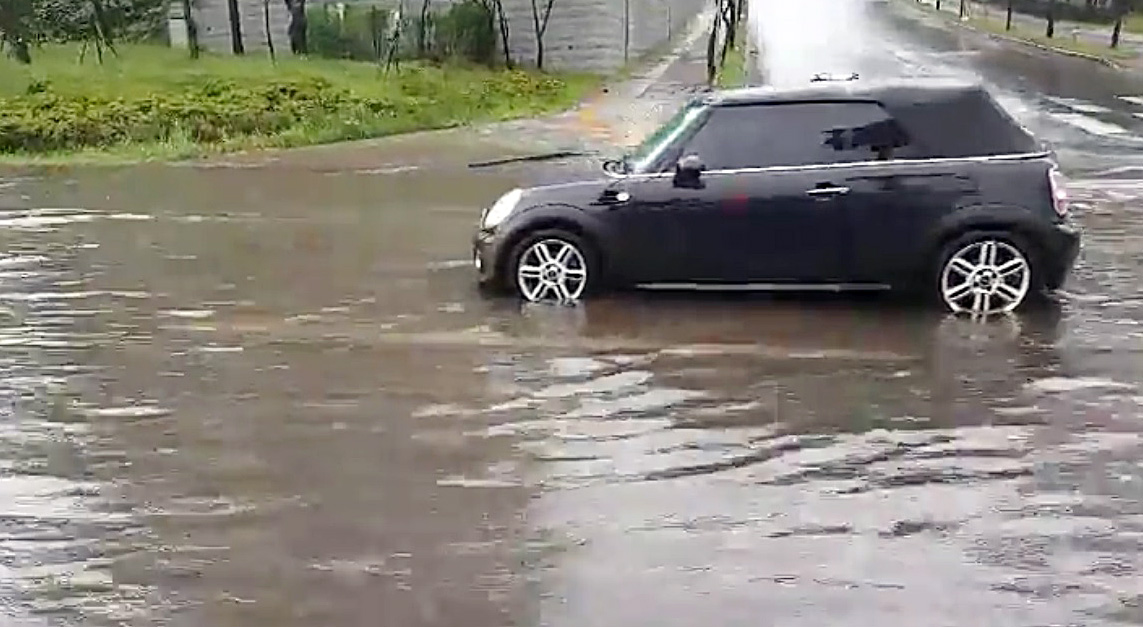 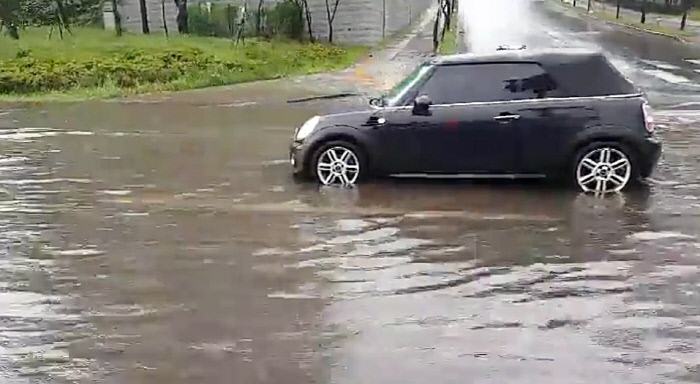 The car stopped on a road with water in Seogwipo City, Jeju, where the rain had been a day. The Meteorological Administration said it would rain on the third day across the country. | Seogwipo fire service image capture · Yonhap News

The Meteorological Agency predicted that it would start raining from the entire north of Gyeonggi province on 3 July. From the day of the day to the provinces of Chubu and Cholla, I am free in other areas at night. The rain begins to end in the morning of the 4th and seems to disappear in most areas in the afternoon. Precipitation is expected to be 50 to 100 mm in the central area, the northern part of Gyeongbuk and Ulleungdo, and many areas can reach up to 150 mm. Jeju, who suffered from "surprising heavy rain" on the last day, is cloudy and cloudy on the third day and it is expected that a little rain of 5 ~ 30㎜ will fall in the northern area on the 4th.

The KMA said: "There will be more than 40㎜ rainfall per hour in the central region," he said. "In recent years, heavy rainfall has weakened the ground, so be careful." On Jeju Island heavy rain of 120.7㎜ per hour was poured into Seogwipo on the last day. It was the highest since the beginning of the weather observation on Jeju Island. The rainfall of the day in the Seogwipo area was 191㎜, but about a third was poured for an hour. Twenty reports have been received that the house, roads and vehicles have been submerged as a result of downpours. There were no victims.

Warm air flows from the southern part of the Korean peninsula and continues to rain at the beginning of autumn. The expectation is that there will be a lot of precipitation from the third night, when the cold air will come down from the north and the hot air will meet in the south until the next day. Even during the rain, the temperature normally remains at 14 to 21 degrees Celsius and 24 to 29 degrees Celsius. A Korea Meteorological Administration official said: "It may be a little cold in the morning on the 4th when the rain has stopped, but the amount of solar radiation during the day is high, so it is warm to the normal level.