Settler says: "I will return to the mountain" 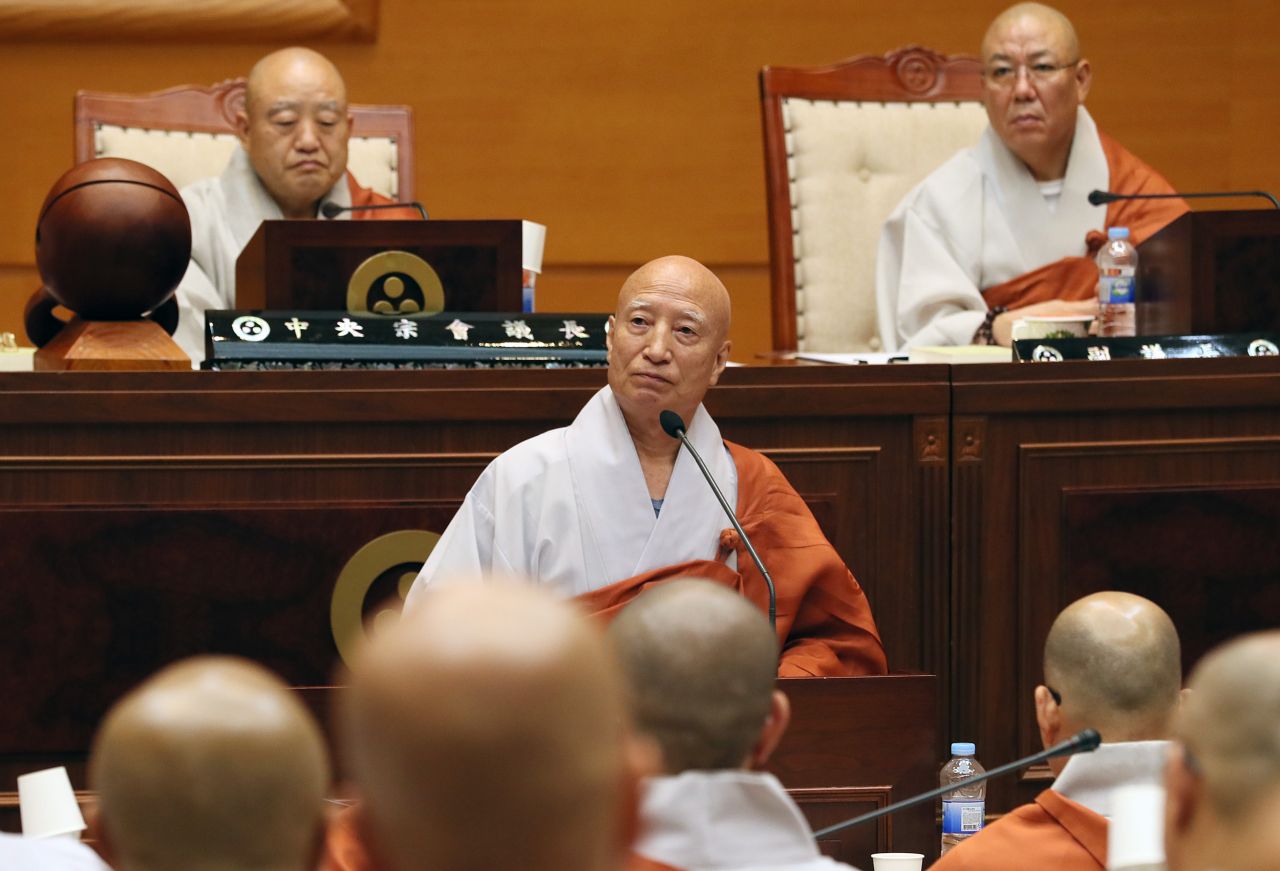 [아시아경제 이관주 기자] The Buddhist Jogye order of the Chief of General Affairs of Korean Buddhism.

In the afternoon of May 21, the founder of the Buddhist monk established an emergency news conference in the Korean Buddhist history and culture hall in Jongno-gu, Seoul, with the words "I will return to the mountains" and I will actually stop that.

Previously, the Chongryon branch of the Jogye Order, The final resignation would be planned according to the result of the first day of the 22nd, but the resigning owner resigned the day before the meeting of the first presbytery.

However, he denied the suspicions surrounding him again. "I came to the end to change the reality of the wrong Korean Buddhism, but I did not realize what I mean," Sung said.

The established monk goes to Jogyesa Temple Daeungjeon and immediately goes to the Chungnam budget headquarters of the Chungnam government.

It is only 295 days since the beginning of the mandate on October 31 last year that the settler retired from the general affairs director. The next general general elections for secretaries will be held within 60 days.