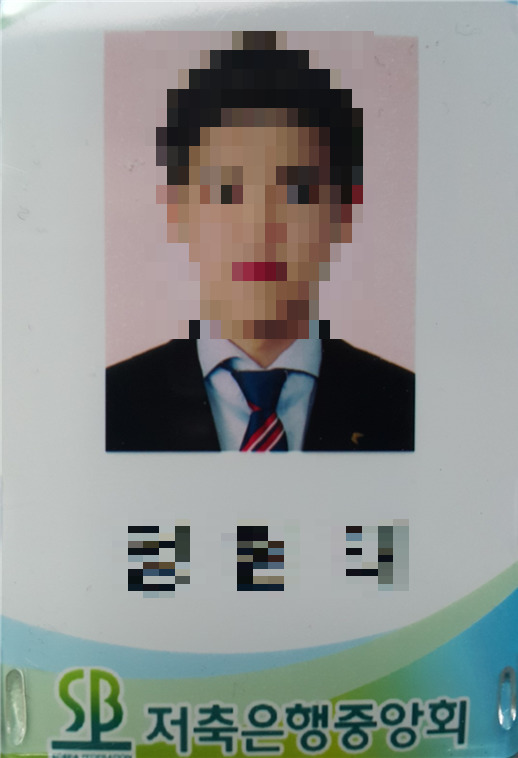 The certificate of an employee that Mr. A has made to conceal his identity. Gwanak police station provided

A policeman caught a 20-year-old fraudster who made a fraudulent financial product, paid 10% of the loan when a loan received from a commercial financial institution was sent and 60 billion won to 140 people. Most victims were middle-aged people in their mid-twenties who had little experience with financial transactions.
The police department of Seoul Gwanak deceived the creditors of the central banks of the savings banks from January 2016 to November 11, calling fraudulent financial products and investment products "incentive loans" (29), and arrested him on 14 July, said he.
Mr. A receives the maximum amount of loans from the commercial banks and sends the money to the account designated by Mr. A. If he returns 10% of the loan to the incentive, he will settle the loan principal and interest within 3 to 5 months. It investigates as one. The reason for giving the incentive was to reassure the victims that the financial institution tried to increase the performance and valuation of the loan. Mr A introduced the new victims by abolishing the principal of the loans of some victims and managed the funds in the form of a so-called "blocking type" where the victims of the victims paid interest and principal. The police said: "Mr. A has misled the victims by showing his fake business card and passing it on to the victims after he graduated.
According to the police, most victims of extra damage, such as a decline in creditworthiness, suffered from early 89 to early 91. The average damage per person was around 20 million. Mr. A spent most of his money on living expenses and entertainment expenses. A police officer said: "We are investigating a victim with a history of depositing money with Mr. A and he is a victim." "Financial institutions must pay close attention to financial products in the form of repayment of the principal amount of the loan and not be misled by excessively high returns.
Kwon Ji-dum reporter [email protected]