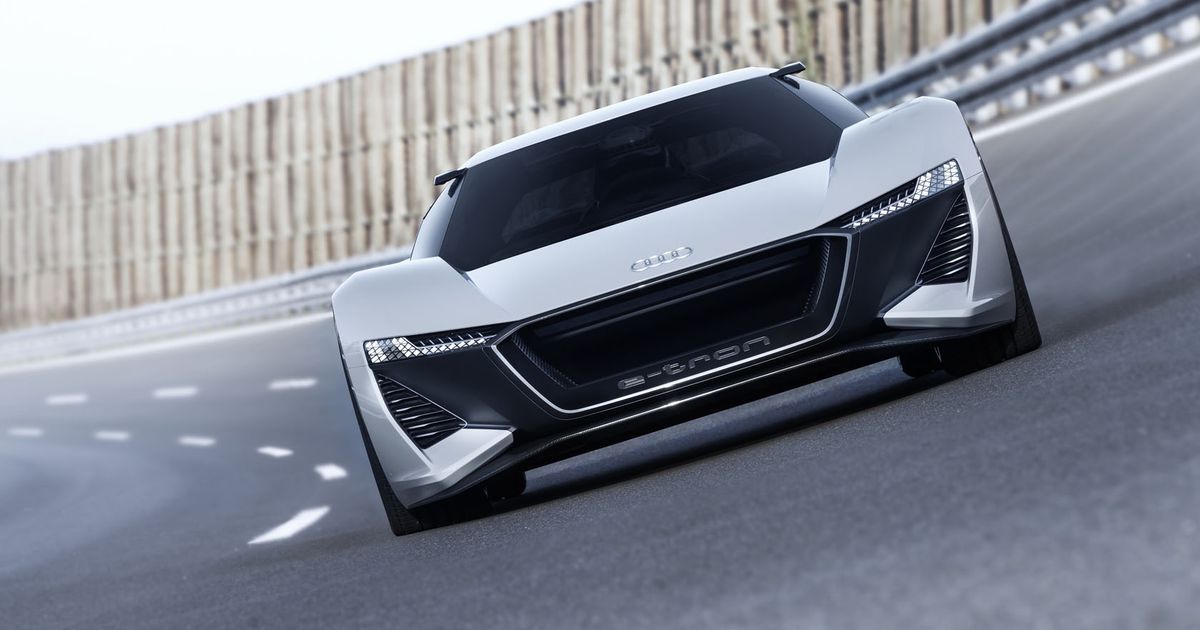 Audi has developed a fully electric or hybrid powertrain since the late 1980s. The first car to combine an internal combustion engine with an electric engine was Audi Duo in 1997. It was based on the bodywork of the Audi A4 Avant. Although the Audi PB18 e-tron has a striking resemblance to the Audi Aicon 2017, the various design elements, including concave side windows and extended wheel arches, differ considerably from the different concepts. The makers of the Audi PB18 e-tron have developed this car for fast driving, both on the race track and on the road. Propulsion, lateral acceleration, dynamics and perfect ergonomics are among the best in the car.

The Audi PB18 e-tron is 4.53 meters long, 2 meters wide and only 1.15 meters long. Wheelbase is 2.7 meters. The car has a luggage space of 470 liters, making the racks much larger than normal for sports cars. The PB18 e-tron is not a complex autonomous drive system and a comfort element that increases the weight of the car. The driver's seat and cab can be moved sideways so that they can only be placed in the middle of the car while driving, giving the driver an excellent view and excellent driving conditions on the racetrack.

The Audi PB18 e-tron uses three powerful electric motors: one at the front and two at the rear. Rear engines up to 150 kW can drive the front axle and 350 kW at the rear axle. The total engine power of the engine is 500 kW, but can be temporarily increased to 570 kW. The system torque in turn is 830 Nm. The car can accelerate from 0 to 100 km / h in just over 2 seconds, resulting in acceleration that is just a bit behind the dynamics of the prototype LMP1 class.

While driving, the Audi PB18 e-tron brings back a lot of energy – with an average braking power, electric motors are fully responsible for braking the car. Torque control ensures maximum dynamics and stability. Thanks to the immediate reaction of electric motors, these controls are left behind.

The car is designed to be charged with 800 volts, so that the battery can be fully charged in about 15 minutes. Full load offers the possibility to measure more than 500 kilometers in the WLTP cycle. The Audi PB18 e-tron can also charge wirelessly via the induction with Audi Wireless Charging (AWC) – a charging drawer on the land with a built-in reel connected to the power supply.