Compared with the 2nd quarter of 2017, the gross domestic product (GDP) increased by 5.3% in the second quarter of 2018, according to Statistics Netherlands' data base, depending on seasonal and non-seasonally adjusted data.

In real terms, GDP stood at 7.3 billion in the second quarter.

In comparison with the previous quarter, GDP grew by 0.9% according to seasonally adjusted and calendar-corrected data. 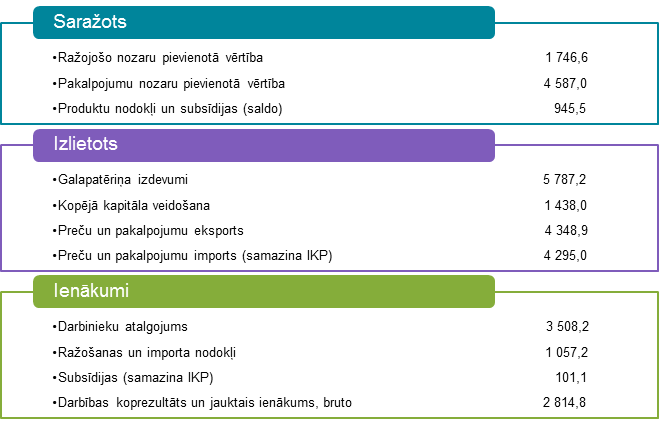 Demand for European markets for forestry and logging in current prices has increased by 38%.

In the second quarter of 2018, construction output rose by 32% on an annual basis. The volumes in building constructions increased by 48%, the construction volumes by 28%, but by 22% more specialized construction works.

Retail sales in the second quarter of 2018 increased by 6%, including retail food sales up 5%, while non-food products grew by 7%. Wholesale grew by 1%. Wholesale, retail and repair of motor vehicles and motorcycles increased by 9%.

The growth of the transport and storage sector by 4% was influenced by an increase of postal and courier activities by 28%, in passenger transport by 13% and in freight transport by 3%. Relief activities for storage and transport remained at the level of the previous year.

In the financial and insurance sector, the volume of services in the banking and insurance sector has increased, while the share of costs has declined at the same time after a long period of time. Increase in trading profits from financial instruments, commission income and service prices.

The volume of product taxes (value added tax, excise duties and customs duties) in the second quarter of 2018 increased by 7%.

In the second quarter, compared to the corresponding quarter of the previous year, household food costs rose by 3%, transport (public transport, acquisition and operation of transport) – by 6%, recreational and cultural activities – by 11%. The expenses for maintenance of homes fell by 1%.

The consumption expenditure of the government increased by 4%.

Investment in gross fixed capital formation increased by 12%, including investment in housing, other buildings and structures – by 30% in machinery and equipment (including vehicles) – by 2%. Investments in intellectual property products (research, computer software, databases, copyright, etc.) decreased by 16% this quarter.

Total wage fund and its changes

Changes in GDP in the Baltic States

(at constant prices seasonally and calendars unprocessed, as a percentage of the corresponding period of the previous year)

According to the macroeconomic expert of Bank Luminor, Pēteris Strautiņš, the growth of the Latvian economy in the first half of this year did not slow down as expected, but even accelerated somewhat. Strautin predicts that the economy will continue to grow.

In the first quarter of this year, Latvia's gross domestic product (GDP) increased by 4.2%, depending on seasonal and non-seasonally adjusted data, compared with the corresponding period of a year ago.