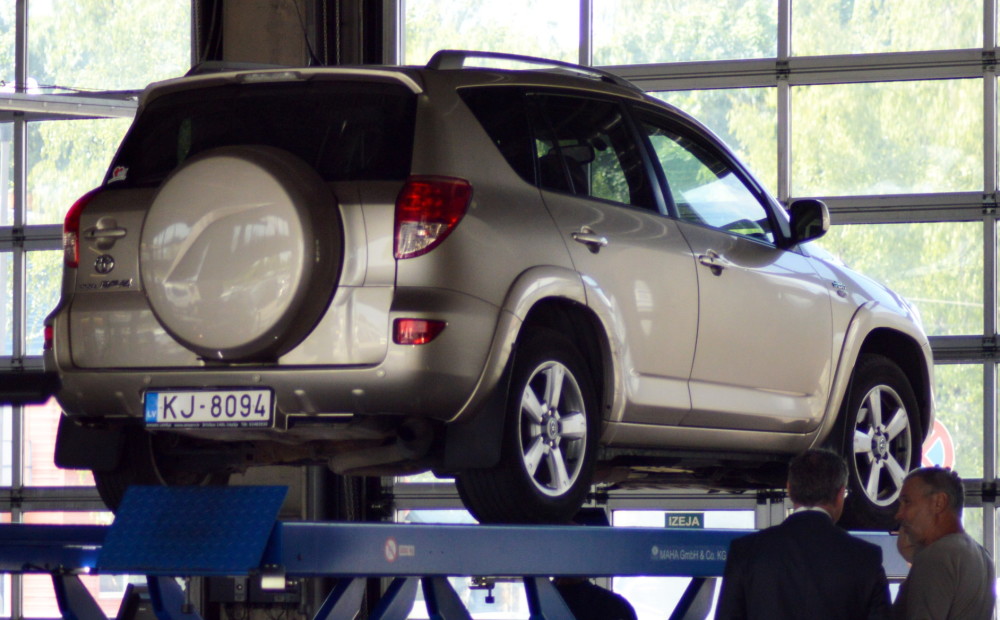 Liepins explains that the technical inspection system introduced in Latvia is very good and does not need to be changed: "Colleagues from other countries also believe that our system is one of the examples of the European Union, both in terms of quality and supervision.It is therefore absolutely radical to offer a technical inspection service absurd. "

"As mentioned, there are three countries: the Netherlands, the United Kingdom and Estonia, and I am sorry to be together with Rachko. [Konkurences padomes pārstāvis Jānis Račko] Mr. Lieutenant Lieutenant was quoted by Mr. Jānis Račko, member of the Competition Council, to reject this example.

In a commentary on who supervises the operation of workshops and the impartiality of technical audits when the market is opened, Janis Račko said that this would most likely be provided by CSDD, on which Liepins expressed a rather critical opinion: "In this situation, for me, we should try to come back first to the fact that the CSDD was outraged by this announcement from the Competition Council, because this is precisely the situation: we open the extensive study of the Competition Council, in which they vividly say: "We have an opinion, provide services, but in relation to We did not care about supervision and everything else. It is not our competence. "Then I wanted to say if we came with such loud slogans, then perhaps we should figure out from the start what it costs and what it will cost, how much money will be needed, how all this supervision can be increased and how much interest will increase risk. "

"With the opening of this market the quality will be reduced and Sweden has also proved it" in the year of research. "Yes, the quality has decreased, but we can not say how much," said Janis Liepins in the program.

How to escape the role of Raspberry? Interview with Diana Zandi – a former actress, now a psychotherapist and 5 childmother

PHOTO: In some parts of the old city a house that has been recognized as a slum collapsed

China is also being evacuated: 2.5 million people have left their home, the hurricane Mangkhut Plos in South China