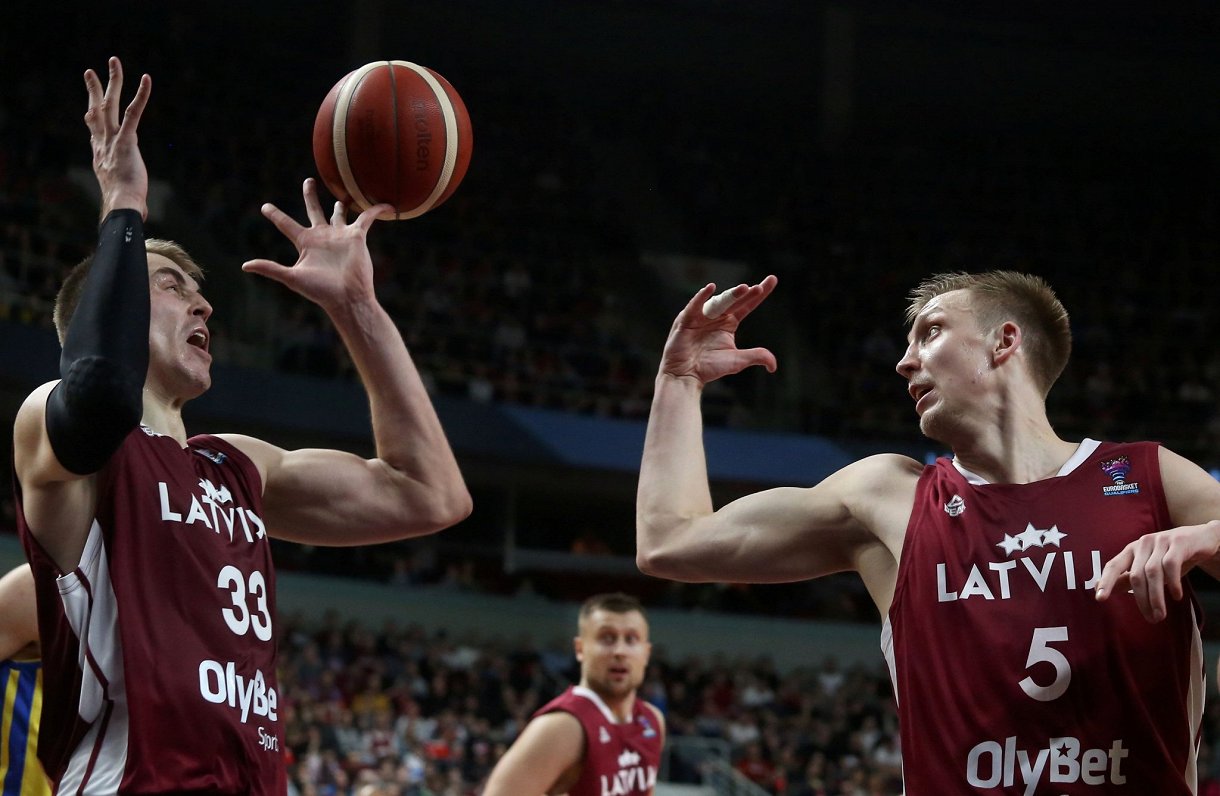 The Latvian men’s basketball team on Sunday in Sarajevo in the qualifying tournament of the European Championship 2022 gave way to homeowner Bosnia and Herzegovina, throwing heavy free throws and losing the battle for the rebounds under the basket. Latvia lost to Bosnia and Herzegovina 73:79.

Rihards Lomažs scored 19 points for the Latvian national team, 16 points, seven rebounds and six assists for Aigars Škēle, but 15 points and nine rebounds for Mārtiņš Meiers. Perfect accuracy for Mārtiņš Laks, who finished the race in Bosnia with a single two-point throw and scored two three-point shots and eight points.

Latvia’s loss was largely determined not only by the imposition of a favorable playing style for the Bosniaks, but also by the modest free throws (12/22) and the lost fight for the rebounds (33:46).

The start of the game was better for the Latvians, who scored 9: 2 with a three-point throw from Mārtiņš Laksas, two two-pointers from Mārtiņš Meiers and an Aigars Šķēle 9: 2. Then a breakthrough of 7: 0 was given to the home team, making the result equal. In the eighth minute, Edins Atičs scored 20:14 in his favor, but by the end of the quarter, the Latvians reached 5:20, but right after the break, Rihards Lomažs took two of the three free throws, one of which was a technical note from the home coach.

At the start of the second half, the Latvians got a pit of less than six minutes, scoring 28:21 in their favor on two exact pitches by Attic. After Meier’s two-point throw, he managed to approach at 28.30, but in the end the home team also took a 12-point lead – 40:28. In the second half, the game remained slow, with the points difference in favor of the home side fluctuating within the ten-point range, satisfying them completely, reaching 60:42 after Attic’s exact three-pointer less than a minute before the end of the third quarter.

Latvia managed to change the game in the last fifteen minutes, making the game faster. After Laksas and Lomaža’s three-point shots, Latvia got closer to 67:71, but the home team had a better time. In the end they managed to lose with six points, but with one well played quarter, the Latvians didn’t have enough to win.

In the second game of the day, Greece defeated Bulgaria 84:78.

The winners are 21 points for Jannis Atinaiu and 14 points for Vasilis Kavadas, while the Bulgarians have 15 points for Chavdar Kostov.

Group H is led by Bosnia and Herzegovina and Greece with three successes in four matches, both of which have already secured a place in the final of the European Championship, but Latvia and Bulgaria each have one victory.

The Latvian national team started the qualifying tournament with two losses, but was able to beat Greece 77:66 on Friday. The Bosniaks meanwhile destroyed the Bulgarian team 88:49.

There was one change in the ranks of the Latvian state unit. Ingus Jakovičs was entered for the competition in place of Māris Gulbs.

The Bosnia and Herzegovina team consists of eight players who defeated the Latvian team in Riga (62:61) in February. The most important addition is naturalized American match manager John Roberson, who plays Madrid’s “Estudiantes”.

Before the second match, the head coach of the Latvian national team Roberts Štelmahers revealed in a conversation with the LBS press service that the Bosniaks had broken the Bulgarian unit in the previous fight with an active match. The team has been especially active against the players from the outside line, which is why the Latvian national team is expected to have basketball just as fast.

The Latvian national team had a light training session in the first half of the day on Saturday, with no one complaining about their health, although not all basketball players are in optimal sport form. Štelmahers did not deny that another player from Bosnia and Herzegovina would be useful who can handle the ball well.

The two teams had met five times before, of which the Bosniaks were superior. Even before the qualifying tournament, three games took place in the recent past (2012 and 2013). In the first with 87:84 Bosnia and Herzegovina was superior, but in the other two matches the Latvians were superior with 80:64 and 86:75.

In the last meeting in February, Bosnia and Herzegovina won 62:61. This was the first game of the qualifying tournament, but in the second the Latvians gave in to Bulgaria with 104: 110. On the other hand, Sunday’s opponents gave in to Greece in their second game with 65:70.