Rodika Prokhorova: Electricity prices in the Baltic states have fallen

latvia November 27, 2020 latvia Comments Off on Rodika Prokhorova: Electricity prices in the Baltic states have fallen 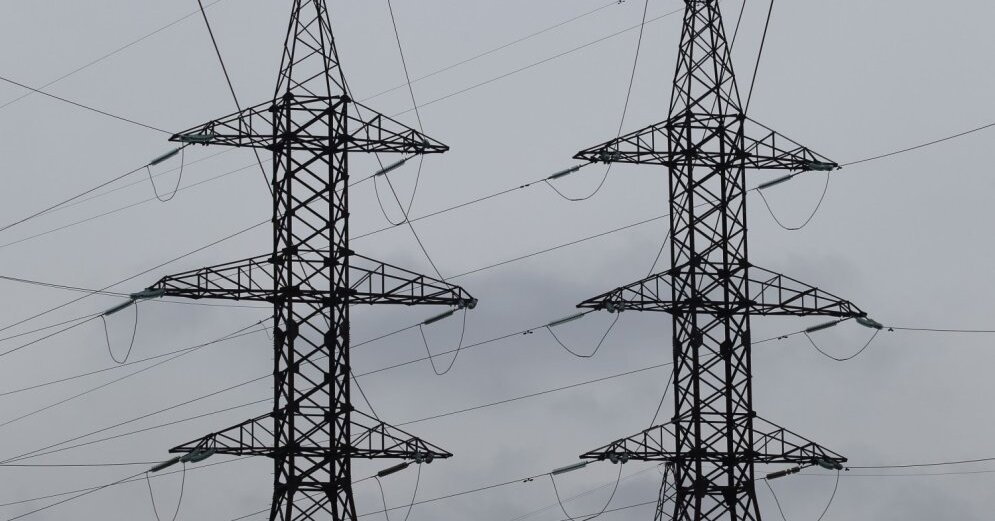 In October, the price of the electricity system decreased by 15.73 EUR / MWh to 14.64 EUR / MWh or 7% compared to September. The low level of electricity prices was maintained by the rich hydrological situation in the Nordic countries, as well as warmer weather conditions in the season, and electricity consumption in the Nord Pole region was lower compared to October of the previous year. Heavy rainfall affected reservoirs in Scandinavia, which averaged 90.5% per month (the norm is 83.3%). The volatile development in wind farms, in turn, had an impact on hourly price dynamics. In the previous month, development in wind farms was 5% higher than in September and 34% higher compared to October of the previous year.

Electricity prices in the Baltic states were impacted by electricity prices in neighboring countries – 16% higher energy flows from Finland and 24% higher from Sweden’s SE4 area as the Estlink-2 and Nordbalt interconnections returned from annual maintenance. 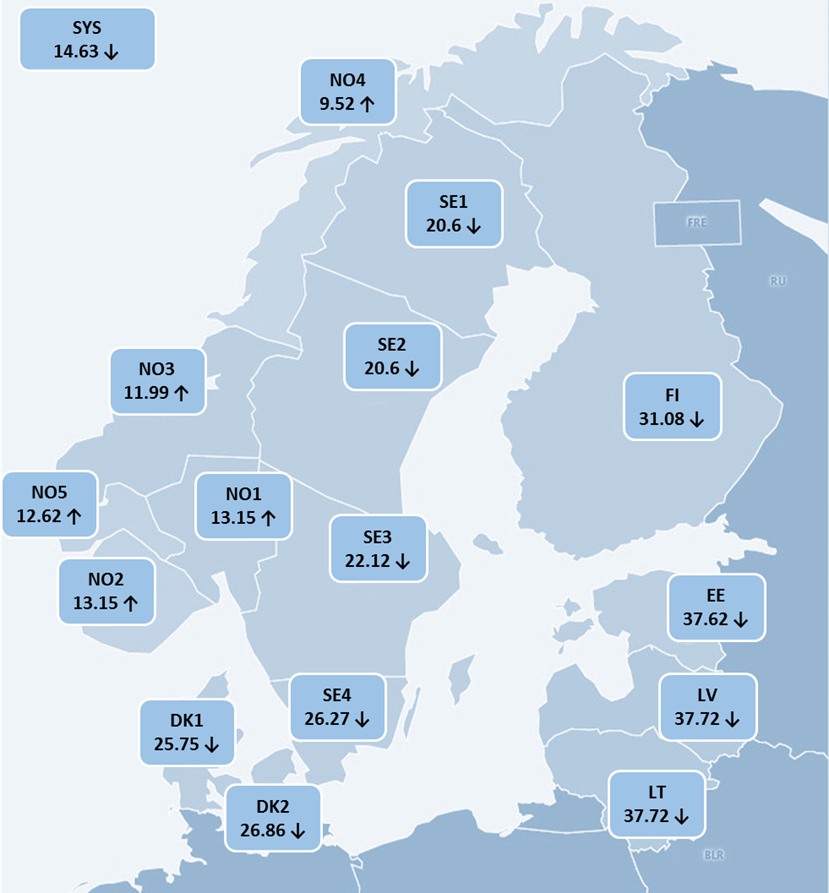 Futures contract prices rose sharply in early October, but fell sharply for the remainder of the month due to changes in the hydrological equilibrium (storage of water in reservoirs, soil and snow). Weather forecasts for more precipitation contributed to an increase in the hydro balance to 18.5 TWh above the norm, compared to 2019 it was 6.4 TWh below the norm. The rich hydrological situation indicates the development of potentially high hydropower plants in the Scandinavian countries.

Futures contract prices rose in early October, but fell sharply for the rest of the month due to changes in the hydrological balance (storage of water in reservoirs, soil and snow). Weather forecasts for more precipitation contributed to an increase in the hydro balance to 18.5 TWh above the norm, compared to 2019 it was -6.4 TWh below the norm. As a result, the rich hydrological situation predicts the development of potentially high hydropower plants in the Nordic countries.

Last month, generation covered 50% of the total electricity consumption in the Baltic states, 63% in Latvia, 63% in Estonia and 39% in Lithuania.

In Latvia, the total rainfall was slightly below the October norm. The mean monthly inflow into the Daugava was 250 m3/ s jeb 33 m3/ s below the 30-year average intake level.

In October, electricity generation at Latvenergo’s hydroelectric plants decreased by 4% to 112 GWh compared to September, but was 25% lower than October 2019. Electricity production at Latvenergo CHP decreased by 17% to 110 GWh compared to September . The decline in development was not only due to the seasonal warmer weather, which affected demand, but also the fact that the first TEC-2 power unit was not on the market due to maintenance work.

Fluctuations in the commodity market have driven changes in demand

The main factor influencing oil market prices in October was the rapid spread of the Covid-19 pandemic in Europe and the United States. This not only had a significant impact on the demand for petroleum products, but also caused fluctuations in related markets.

Coal price fluctuations in October were affected by restrictions on extraction from Colombia and South Africa, as well as demand volatility in Europe and Asia. At the same time, there was a disruption to China’s domestic coal mining and transportation as consumption increased and coal prices increased. In addition, China had also banned the import of coal from Australia, but no official statement from the government confirms this.

In October (Dutch TTF) The average price of the natural gas futures contract in November increased by 9% to 14.14 EUR / MWh, and the contract ended at a higher price of 14.49 EUR / MWh.

In the natural gas market, prices were affected by a decline in supply, mainly from Norway, and changes in demand. At the same time, higher prices in the Asian market limited imports of liquefied natural gas to Europe. In addition, the filling level of natural gas storage facilities in Europe at the end of the month was 94.5%, which is below the 2019 level of 97.3%.

In October, the price movement in the carbon market was determined not only by changes in demand, but also by political events. One of the factors influencing the price is uncertainty about the Brexit deal and the future relationship between the United Kingdom and the European Union. The new wave of Covid-19 in Europe has had a significant impact on the market, which could have a significant impact on future economic development and thus demand. As a result, a high supply of allowances and weak trader demand contributed to lower prices.