Home / latvia / The only Viennese concert father in Latvia will play

The only Viennese concert father in Latvia will play 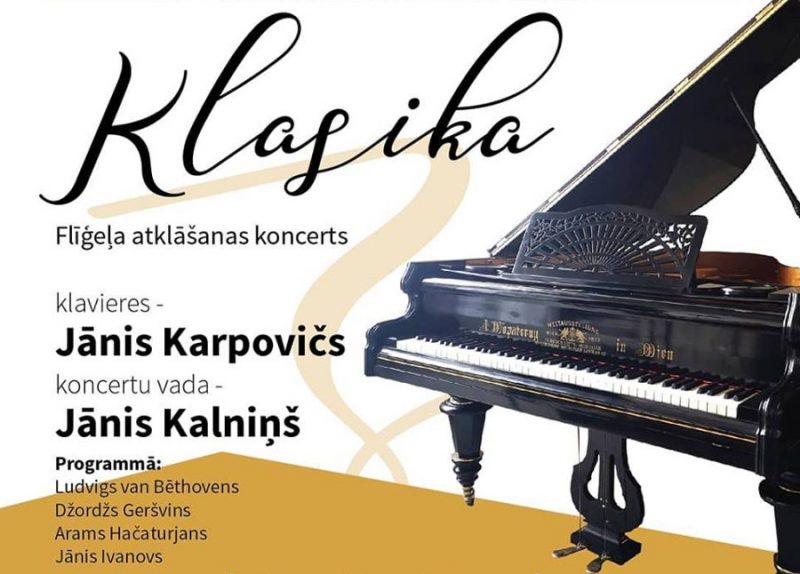 National holidays, May 4 at 19, the recreation complex "Zeit" offers the first classical music concert in Līgatne, where pianist Jānis Karpovičs will play the cabinet of the cabinet that Joseph Vopaterni built around Vienna in 1910, according to the Latvian Radio3 Klasika.

Jānis Karpovičs says that this tool is both new and old. New – because Zeit bought it recently, but old because it was built over a hundred years ago in the early 20th century.

The concert will be led by Jānis Kalniņš, the restorer of this instrument, but the selection of the pieces was determined by the instrument itself, that is. Viennese mechanics.

The peculiar mechanics and peculiarities of the resonator that result from it give the Viennese jigsaw puzzle a very different sound than the instruments used in daily life with English or Erara mechanics, says pianist Janis Karpovičs in the program.

The upper registers are quiet for these instruments, but they are compensated by the sound of the bass and the possibility of a much faster sound. The pianist tells us that it takes time to get used to the instrument through a modern concert.

Unfortunately, the engineers stopped producing after the First World War and now this instrument is the only piano available for public concerts with Viennese mechanics, says Jānis Karpovičs.

In 2016, Jānis Kalniņš renovated the Fligel in his Oegāle organ building workshop.

Nearly 40 new organs were built in Latvia and abroad under the direction of Kalniņš, and many organs were restored. In the past decade, the master has focused on restoring historical piano.