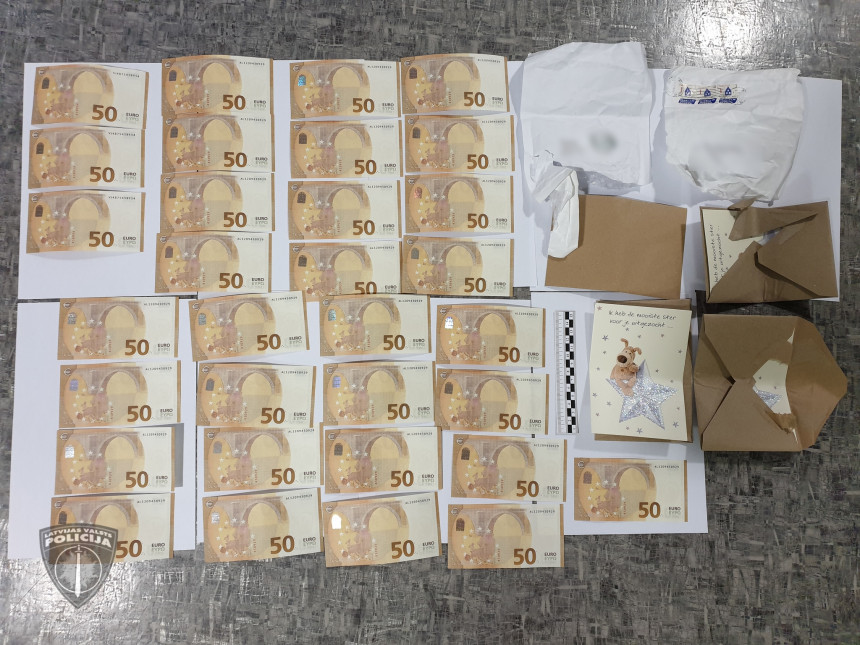 This month, the State Police detained three Latvian citizens who deliberately bought counterfeit money on the illegal foreign Internet sites and ordered mail from the Netherlands. In total 87 counterfeits in law enforcement have withdrawn 87 counterfeit banknotes, preventing their circulation. Criminal proceedings have been started in connection with the incident.

In January of this year information about the possible transfer of counterfeit money was received at Riga State Police Police Department. The employees of the district, in cooperation with the officials of the Customs Council of the tax authorities, at the first transfer from the Netherlands to the Latvian mail sorting center, found an envelope with fifty-fifty banknotes of 50 euros with signs of forgery, which were put on a greeting card. placed for masking purposes.

It should be noted that most seized counterfeit banknotes have one serial number and no counterfeit elements – watermarks.

In connection with the incident, criminal proceedings have been initiated, which are qualified in accordance with Article 192 (1) of the penal legislation – for the production, distribution, transport, transfer, acquisition and storage of counterfeit and state financial instruments. The law provides for imprisonment of up to five years or a temporary deprivation of liberty, forced labor, or a fine for the seizure of property or forfeiture of property.

All suspects are subject to a non-custodial security measure. Investigations in criminal proceedings are being continued.

The national police regularly monitors suspicious Internet sites and activities of individuals to prevent the influx and spread of counterfeit money on the territory of Latvia and will continue to do so.