952 columns / Article / LSM.LV is being built on the Madliena road to stabilize the foundation 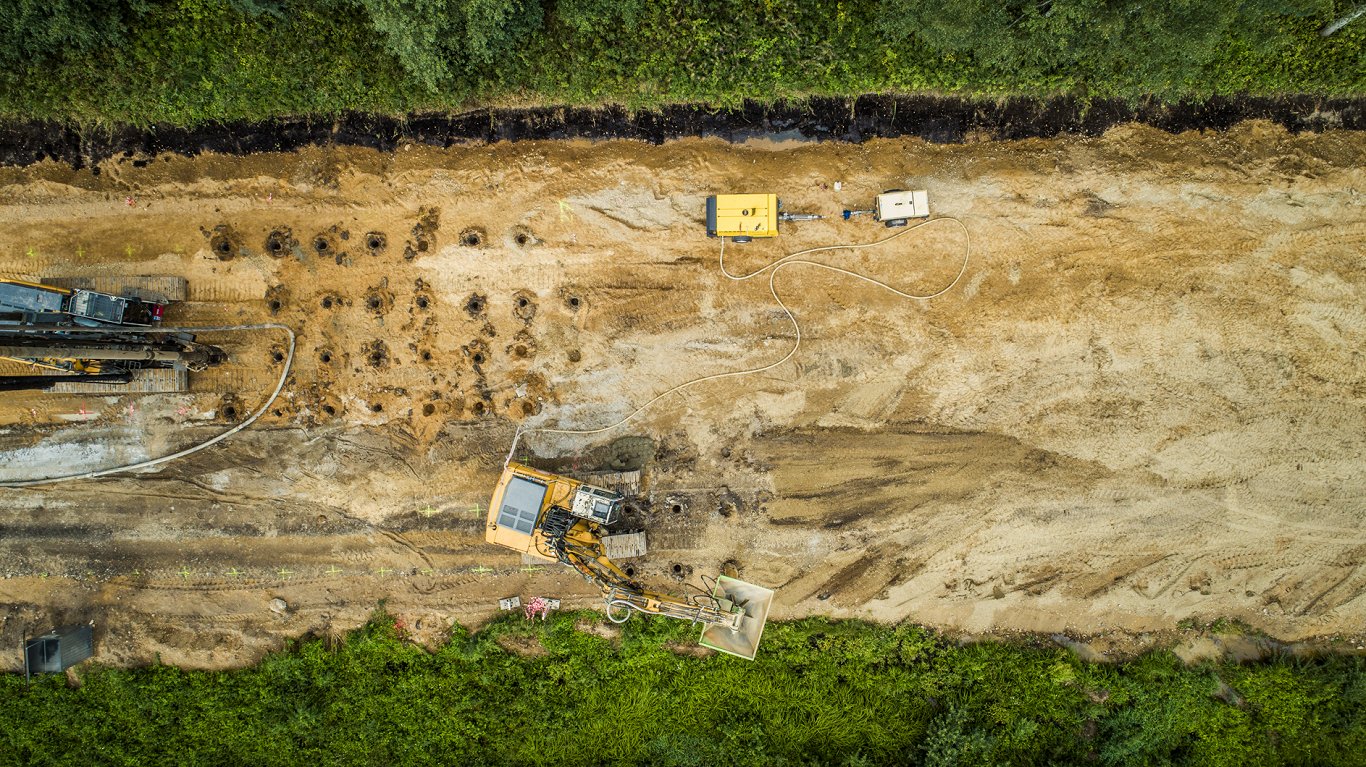 The repairs on the road Augšlīgatne-Skriveri near Madliena show a poor bearing capacity, stabilized with 952 poles and combined columns. Construction work is carried out by specialists from Poland and informed the state JSC "Latvijas Valsts ceļi".

The national regional highway Augšlīgatne-Skriveri (P32) in two stages from Madliena to Skrīveri (47-60 km and 61-71 km) is undergoing major repair work on roads in the national road network this season. From 49 to 50. In kilometers (km) weak soil is discovered – the peat area with a peat layer at a depth of 10 meters. This was revealed by additional research conducted by AS "Ceļuprojekts", the designer also proposed possible solutions for soil stabilization.

To stabilize this land, the construction of combined columns and pile columns was first applied to the national road network. The construction will be carried out on concrete columns of 30 centimeters (cm) wide and a maximum of 6 meters (m), on top of them – 60 cm wide gravel / crushed stone columns up to 2 m. In total, the intention is to build 952 columns, which are set up in a grid of 2.5 x 2 meters.

To do this work, a team of specialists from the Polish company "Menard Polska" will arrive with the necessary equipment in Latvia.

From Poland not only specialists traveled, but also a technique that entailed extra costs.

When designing a road section for a renovation, the designer drilled only up to four meters deep. These drills showed no weak bearing capacity, so it was assumed that low-bearing soil had already been replaced.

However, it turned out that there is an overgrown lake under the overgrown ground.

Suspicion arose as a result of construction work, and this was confirmed by thorough investigation. It turned out that there is both peat and mud under the thick gravel layer. As a result, traffic and traffic can be distorted and investments will not be sustainable.

The use of new technology, which until now has not been applied to the national road network, is intended to strengthen the ground with piles. Similar technology is used for the foundation of bridges and buildings, but so far there have been no such experiences on the roads in Latvia. The cost of this method is almost 600 thousand euros (excluding VAT), and it is also possible with the construction of post and combined columns to immediately continue the construction of road pavements, without delaying the work of the entire road section.