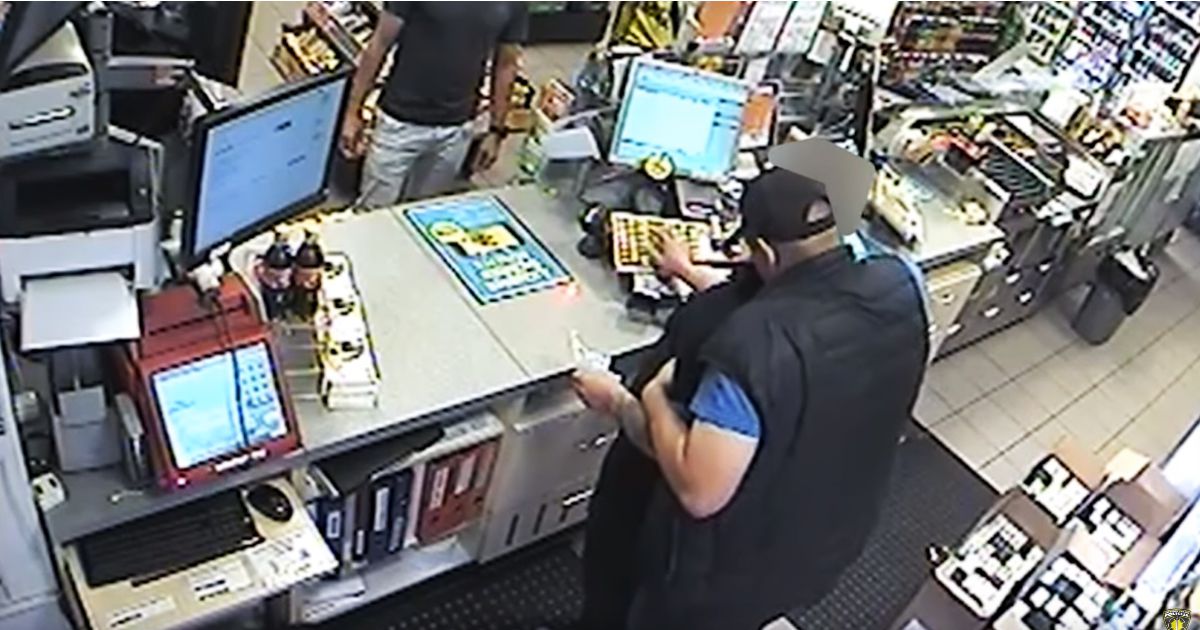 In the evening of August 20, the State Police received a call from a gas station in Riga, Valdemara Street, for a moment of theft.

The police officers of the Riga District Branch of the Riga Police Department of the State Police arrived at the event, who discovered that at the time of 20.41 an unidentified man entered the gas station kiosk, went to the other side of the box, the cashier of grabbed the back, a knife pulled out and the cashier in the neck opened the cash register. As a result, the man kidnapped 276 euros and fled.

The robber was dressed in a blue T-shirt, a sporty black cardigan, black trousers, a pair of blue shoes, a head cap with a nail.

Criminal proceedings have been initiated at the moment in connection with the incident and there is a strong need for proof of the identity of the perpetrator. The State Police argue that eye witnesses should be put together, as well as those who recognize the video of the alleged suspect or know their supposed location. You can inform the police by calling 25496804, 67030630 or 110.